Source: Are we ready for football return? | The Standard 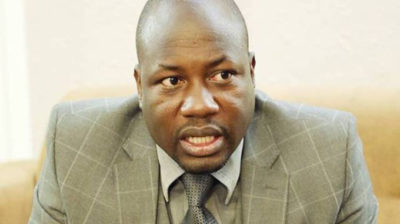 insidesport:with MICHAEL KARIATIPROFESSIONAL football in Zimbabwe is poised to finally make a return when Premier Soccer League (PSL) players start training tomorrow, but question marks remain over the funding for proposed scheduled two-week tournament, which will be held under the bio-bubble concept.

It is a fact that Zimbabwe cannot be left behind by the rest of the world which has returned to competitive action, but the question is: Are we ready in terms of safe

Covid-19 precautionary measures to gather our players together again?

Fine, the Zimbabwe Football Association (Zifa) are bankrolling the Covid-19 tests and referees’ fees for the mini-league competition, but where do our clubs stand because the real deal is not with the tournament itself, but at the training grounds where most of the resources are required?

How much knowledge of

Covid-19 do our football officials have and how much in terms of financial resources do our clubs have to ensure a safe return of our players to the training fields?

What is also disturbing is the fact that nobody has taken the time to explain what exactly this two-week mini-league tournament is all about. Is it an experiment to see whether Zimbabwe is ready for football’s return or a signal for the start of the football season?

Nobody has also taken the time to explain whether fans would also be allowed into the stadiums as the Zimbabwean game is a non-starter without spectators.

There is no television coverage of Zimbabwean football anywhere and it would make no sense to have the games played without anybody watching them.

Rumours flying around are that the games will be allowed 100 fans, but with the best of Covid-19 social distancing, surely, both the National Sports Stadium and Barbourfields Stadium can have thousands of fans safely seated.

There is also the fact that not too many football fans are attending matches these days which makes it ideal to allow the public to watch the PSL action.

Another question that boggles the mind is what exactly is in it for Zifa for them to sacrifice — for the first time in our football history — such a huge amount as US$1 million to bankroll an all tournaments?

Is it a continuation of the “good” use of Covid-19 relief funds from the Confederation of African Football and Fifa or just an attempt to appease the PSL, which is the biggest constituency in the Zifa Assembly?

If football is returning to the Premiership only, what then happens to lower division football and women’s soccer?

However, there is one small reason to get excited with this “returning” football action. It will give Warriors coach Zdravko Logarušic the chance to pick up his team for the 2021 Chan tournament.

For the players themselves, it would also be the chance to impress Logarušic and also fine-tune themselves for the Pan African football competition.

Fine, this two-week mini league competition might not be enough to get the players fully ready for Chan, but that little time is better than not having any at all.

PSL chairman Farai Jere tells us that this tournament is set for early December. This means they have about a month to make sure that everything is in order before the real deal rolls on.

Whatever the case, Zifa and the PSL should plan their things knowing pretty well that Covid-19 cases have risen among players in countries where there is advanced medical equipment.

What we do not want to see is a competition that is abandoned in the middle because not enough research and effort was put towards its success.

For now, we wait to see what will become of Zimbabwe’s first US$1 million football tournament hoping that it will be a good rehearsal for the “possible” return of football after the long Covid-19 break.