Every generation thinks it is unique and faces unique problems, the facts are that this is not so. I was recently reading the Book of Romans in the New Testament and was again stunned by the sophistication of the language and writing and the amazing depth of the teaching on fundamentals. 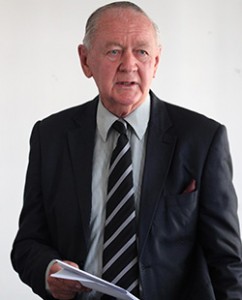 I asked my son why he did not pick up a Book like this and teach it more frequently in the Church. His reply “there is just too much there for a sermon series, it would take years”.

Where did Paul get such an education and depth of language and where did he get that understanding of life and what makes us tick? Then you pick up a newspaper and appreciate that we have somehow lost something in the past 100 years. Today it is the sound bite and real analysis and understanding is often missing.

Just recently I was given a book written in the States on the history of Zimbabwe from 1000 years before Christ to post Independence. I will not say it was completely fascinating as much of the history I have lived through and was well acquainted with, but it is good to remember that our forefathers had it tough. In many ways much tougher than our own generation. It puts today into perspective.

But what history does teach us is that every generation has to deal with the hand it is played. Just play back the 19th Century in Europe – the first World War fought over the fields of Flanders by armies of millions of our best educated – slugging it out in the mud over stupid arguments in the cloistered corridors of the privileged class.

Then a tiny group of extremists take over the Russian Empire in the name of Socialism and for the next 70 years the scourge of Communism takes hold and billions are subjected to total State control and tens of millions die at the hands of those who really should have been defined as madman – Stalin personally watching while a million of the people he knew personally were killed in the cruellest and most heartless way. Gorbachev ordered a film biography of Stalin but when he saw it he ordered that it should never be shown in public.

Then Hitler and an idea he called National Socialism and Europe was plunged back into a World War that involved everyone and killed a whole generation. We senselessly smashed the most advanced societies into rubble and fire. In the end the man commits suicide in his bunker, his main partners in crime, bomb shelling across the globe to be hunted down one by one over the next 30 years. The images of Dachau and the concentration camps in Europe and the prisoners released from Japanese camps will resonate with us for ever. When I visited the Holocaust Museum in Cape Town two years ago, I wept even though I had only been a child at the time.

Then Korea and Vietnam followed by Cambodia and our own war from 1965 to 1980, during which we slaughtered each other and wasted our time and resources on a struggle we could never win.

Read human history and you will understand it never was very pretty.

But it is how we manage the problems and opportunities that confront us as humans in that we find fulfilment and achievement and some sense that life is worthwhile. At the end of the Second World War a handful of men and women faced a World destroyed in all but name and determined that they would build a new world on the ruins of the old. So it was Marshal in Europe and another military General in Japan with the leaders of Europe who put the world back together again.

Smuts, the Guerrilla leader and commander who had given the British forces in the Boer War so much trouble, drafted the mandate of the United Nations. The European leaders crafted the foundation of the European Union – now the greatest economic grouping in the world and the Military Chiefs put Nato together and in so doing determined that never again would they go to war against each other again. The financial boffins laid the foundations of the multilateral agencies such as the World Bank and the International Monetary Fund.

The best we can do in our individual lives is to try to make sure that the world we leave behind is a tiny bit better from the investment of our lives. This must start with your own family. Mess up here and everything else is just floss. Give your family a secure environment of safety and security bonded with love. Give your children the best education you can afford and when they leave home make sure that they understand they can always come back.

In business the most important thing is what those who work for you think of you at the end of the day. I think the greatest tribute ever paid to me was from a colleague who said that the time he worked for me were the best days of his life. For me being a team leader in a large corporate was an unbelievable experience as it allowed me to be a motivator and guide and also allow those who were in my team achieve their best. Ask the cleaner in an office what he or she thinks of the boss and you will get a perspective that will ring with reality.

Then there is the task of leadership in society – in whatever form, we are all leaders in some way, trade Unions, business, local government and central government. That post war generation did a great job and we are the beneficiaries. In the past 70 years we have seen global economic output expand more rapidly than at any other time in history. My father never flew in an airplane; we have landed on Mars. Technologies are changing so fast that we all have to relearn how to work every decade or so.

But even while we become more and more sophisticated technologically we must never forget the fundamentals that have always guided good leadership. We live in a finite world that requires us to act as custodians for future generations. We need to live for others and to understand that in all things, we are, all of us, accountable to God for how we spend our lives on earth.