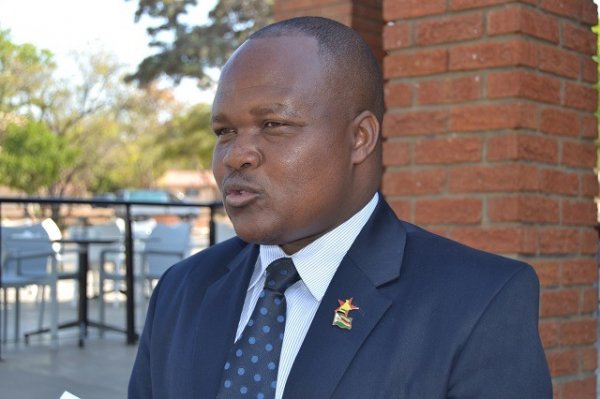 BY MIRIAM MANGWAYA
EXILED former Higher and Tertiary Education deputy minister Godfrey Gandawa has sensationally claimed that soldiers and police officers implicated in recent armed robbers could have stolen the firearms from the State armoury or at roadblocks during the November 2017 coup when security agents perceived as “hostile to the coup-makers” were disarmed.

The country has of late recorded a surge in armed robberies involving serving and retired soldiers and police officers, triggering security concerns among the public  amid reports that over US$5 million was lost through the heinous acts between January and October last year.

Gandawa said it was highly likely that government was not aware of the quantities of weapons in wrong hands since the days of the coup as there was no proper handover-takeover process.

“The seemingly sudden wave of armed robberies involving members of the Zimbabwe Defence Forces is linked to the chaotic, unlawful and dangerous takeover of armouries during the 2017 coup, where the police and intelligence services were disarmed without a formal handover-takeover process,”Gandawa tweeted on Monday.

“During the coup, every level of security perceived as hostile to the coup-makers was disarmed with weapons taken from lawful possession even at traffic stops. This chaotic process included no documentation. It is unclear that these weapons were returned to State custody.”

Zimbabwe National Army spokesperson Colonel Alphios Makotore said he could not immediately comment on the matter as he was on leave.

“I am on leave, but you can send questions by email to our office,” he said.

However, the questions had not yet been responded to by last night.

In April this year, Home Affairs minister Kazembe Kazembe told Senate that serving and former police officers and soldiers were involved in the majority of armed robberies recorded throughout the country.

In one of the several robbery cases where the members of the army were involved, two soldiers allegedly shot dead a man in a US$40 000 robbery heist that occurred in Hatfield, Harare, on December 24, 2021.

Two soldiers were also implicated in one of the biggest heists that occurred early last year where they allegedly connived with security guards manning a cash-in-transit vehicle and stole US$2,7 million belonging to ZB Bank.

Charles Chirara, who was implicated in the US$2,7 million heist, was one of the two soldiers that were shot and killed while robbing the home of retired police detective Joseph Nemaisa in Chadcombe, Harare, last month.

The Zimbabwe Defence Forces (ZDF) recently expressed concern over the increased involvement of members of the army in criminal activities.

In a statement, Brigadier-General Augustine Chipwere appealed to the public to report the “rogue” soldiers.

According to police, about 922 robbery cases involving over US$5 million were recorded between January and October last year, a huge jump from 734 cases reported during the same period in 2020.

Analyst Nhamo Mhiripiri said: “Soldiers are members of the larger society and the deviant elements among them are a part of the proportion of such undesirable people in the larger society. It is true that the majority of Zimbabweans live with serious financial and material difficulties.

“However, there is no excuse for resorting to crime, whether one is a soldier or not. The alarming incidents of crime involving soldiers invite questions on discipline and respect for military codes of behaviour.”