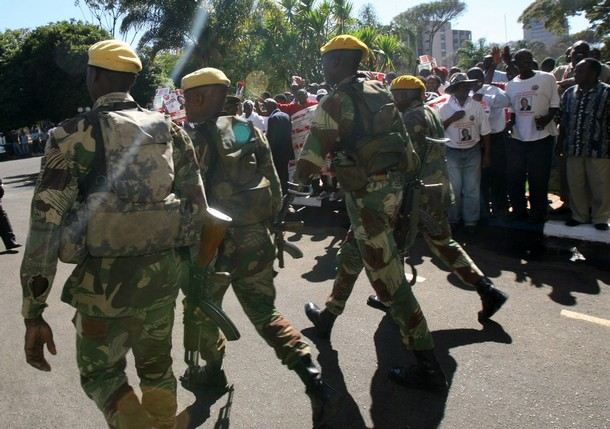 PRESIDENT Emmerson Mnangagwa’s recently established commission of inquiry to probe circumstances leading to the killing of unarmed civilians by the millitary in the aftermath of the July 30 general elections has raised eyebrows, amid fears that it will join the long list of past commissions which have failed to deliver on its mandate.

Seven civilians were killed and a dozen others injured on August 1 when soldiers opened fire on civilians in Harare during protests by MDC Alliance supporters over the disputed polls.

Mnangagwa appointed the seven-member commission of inquiry after he was sworn in as president last week following a bruising court trial that upheld his poll victory.

Constitutional law expert and presidential candidate in the July elections Lovemore Madhuku and University of Zimbabwe lecturer Charity Manyeruke are also members of the commission of inquiry. The inclusion in the commission of Madhuku, who contested in the general elections and Manyeruke, a perceived Mnangagwa acolyte, has drawn criticism from commentators who question the panel’s objectivity.

Nyemba’s neutrality is also being questioned as she is part of a 10-member technical committee of female lawyers set up by Mnangagwa’s wife Auxillia in April.

The team has been instructed to complete its investigation within the next three months.

However, secretary for Justice, Legal and Parliamentary Affairs Virginia Mabhiza argues the appointments were legal and in accordance with the law, which she says does not require the president to consult cabinet in such appointments

Veritas also questioned the scope of the terms of reference guiding the commission in its inquiry, noting that the framework restricted the probe team from asking pertinent questions that are expected to bring closure to the August 1 shootings, which drew condemnation from across the world.

Zimbabweans, and particularly families who lost their beloved ones during the deplorable shootings, will be itching for justice, which can only come about if the commission is not hampered from probing who gave the army the order to shoot and whether such brute force was necessary, among other key questions.

Political and legal experts have also contended that the killings, which trended on social media platforms and were graphically captured on live camera as soldiers went on a shooting spree, can easily be investigated by the police, without the need for a commission of inquiry whose three-month tenure will gobble up substantial resources in a country whose economy has been on its knees for the past two decades.

The president is not legally obligated to implement the findings from commissions, and this has sparked public fears that justice may be sacrificed on the altar of political expediency.

Rhodes University political lecturer Mike Mavura opines that Mnangagwa’s government, accused of being comp licit in the shootings, may lack the appetite to institute the findings of the commission if they are damning and politically inconvenient.

“The commission itself is comprised of a wide variety of voices and experts from different countries which is a good thing to safeguard against bias.
“I do not think the broad array of expertise of experience and stature of the other commissioners will be susceptible to local poison. The problem for me lies between expectation and pragmatism,” Mavura said.

“The commission submits findings and recommendations; will there be any appetite to act on the recommendations if they affect the military top brass, for example? Can the regime implement recommendations that weaken it? Which of the three pillars of state between the executive, parliament and the judiciary can sanction the military in a post-coup environment?”

The essence of setting up the commission, Mavura noted, would only gain traction as part of Mnangagwa’s diplomatic charm offensive meant to end Zimbabwe’s decades of isolation from the community of nations.

Political analyst Maxwell Saungweme also concedes that the composition of the commission drawing from individuals with experience in various fields would give the probe team a semblance of respect, balance and impartiality.

However, the commission could be apprehensive of confronting the elephant in the room by answering questions which are crucial to the investigations.

“From an expertise point of view, I feel the commission has almost all aspects covered. Its chair is a respected former president, it has a political scientist, constitutional lawyers, a former millitary general and an ex-secretary-general of the Commonwealth.