THE British government has maintained that the August 1, 2018 post-election violence shootings and January 14-16, 2019 killings, which claimed over 20 lives after security forces fired into protestors, made it difficult for the Theresa May administration to relent on sanctions against Zimbabwe. 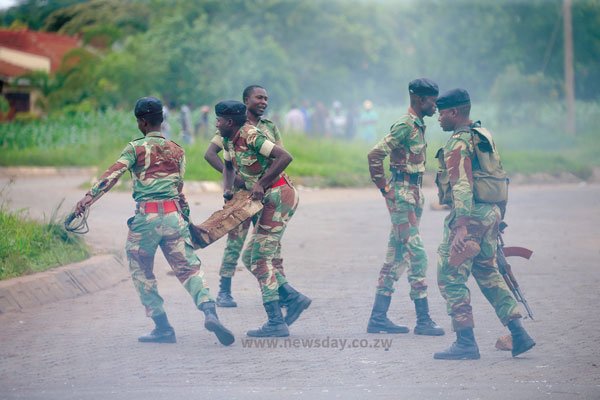 THE British government has maintained that the August 1, 2018 post-election violence shootings and January 14-16, 2019 killings, which claimed over 20 lives after security forces fired into protestors, made it difficult for the Theresa May administration to relent on sanctions against Zimbabwe.

This came out on Friday following a two-hour meeting held in Harare between John Culley, a political and public affairs counsellor at the British embassy and a group of churches led by former Zanu PF central committee member Jimayi Muduvuri.

Addressing journalists after the meeting, Zimbabwe Amalgamated Churches Council (Zacc) media liaison officer Davison Gomo said the meeting was the beginning of series of engagements with the former colonial master to have sanctions slapped on the country lifted.

“Some of the issues John Culley raised were the two significant events of August 1, 2018 and January 2019. He said the events made it extremely difficult for Britain to relent on sanctions on Zimbabwe,” Gomo said.

Britain had developed a soft spot for Zimbabwe after the removal of former President Robert Mugabe following the November 2017 coup, but military deployments on August 1 last year and January this year reignited the rivalry between Zanu PF and the United Kingdom government.

Britain and the European Union have ordered President Emmerson Mnangagwa to implement a raft of political and economic reforms as a precondition for the lifting of the sanctions.

“We put to them that in South Africa and Nigeria, many people die due to political violence during elections and despite the overwhelming evidence of human rights violations that lead to loss of human life, those countries are not under sanctions. Only Zimbabwe is under sanctions. Why?” he said.

Muduvuri, the Zacc patron, said he was hopeful the sanctions would be removed and challenged the British government to accept that the embargoes were hurting the unintended targets.

“These are Zimbabweans sanctions; they are not targeted. They hurt everyone. We are going to meet the Americans next week and will continue to push until the sanctions are removed. South Africa and some Sadc countries have supported our call for the removal of sanctions and we are sure they will be removed,” Muduvuri said.