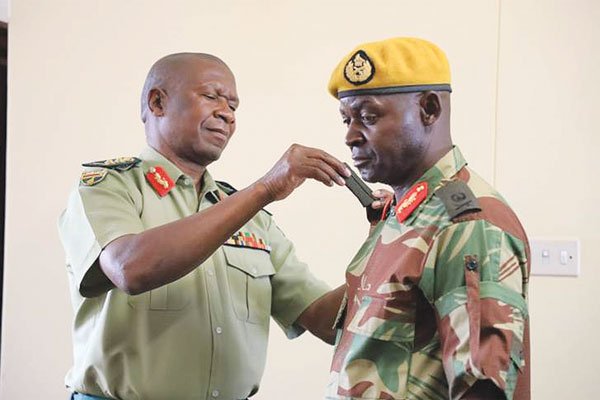 The Zimbabwe Defence Forces Commander General Phillip Valerio Sibanda and police Commissioner-General Godwin Matanga lied under oath when they testified before the commission of inquiry into the post-election protests that rocked Harare on August 1.

A report released by the commission, not only accused the police and army of killing six people and injuring 35 others, but also showed that the police and army bosses lied to escape blame for the killings, saying they had followed due process in deploying the army.

Letters published by the commission in its report and video evidence from the BBC and other international media organisations debunked testimonies by the army commanders that soldiers had fired shots into the air.

Matanga told the commission, which was chaired by former South African President Kgalema Motlanthe that he had a letter from President Emmerson Mnangagwa authorising the deployment of army personnel to quell the protests, which had turned violent.

Under oath, he told the commission that he would supply as evidence the letter signed by the President ordering the deployment of the troops, but no such letter was tendered before the commission and is not part of the evidence summary provided to the commission, and published in the final report.

“I received a letter from President Mnangagwa approving the deployment of the soldiers. I have a copy of that letter, and I will be willing to provide it to the commission,” he said.

Instead, the report shows six letters, one signed by officer commanding Harare district, Chief Superintendent Albert Ncube, requesting for the assistance of the military to Matanga, who then wrote to the then Home Affairs minister Obert Mpofu, who, in turn, wrote to then Defence minister Vice-President Constantino Chiwenga.

Chiwenga then wrote to Mnangagwa seeking authority to deploy the army before writing to Sibanda informing him that the President had given the greenlight to quell the demonstrations. But no letter signed by the President was ever availed to the commission.

Sibanda told the commission that his orders to deploy from Chiwenga had been received verbally and no letter had been written. However, the Motlanthe report has written orders to the army chief.

The commission also found that there were no other persons who could have used guns except the army and police, exposing Sibanda and Major-General Anselem Nhamo Sanyatwe, who said those killed during the protests could have been shot at by other persons, who included an alleged armed wing of the MDC.

“The commission has not received any concrete evidence that any persons other that the army and the police used guns during the protests on the 1st of August 2018,” the commission said.
The commission received extensive evidence of the army and the police using live ammunition and firing at civilians, including the video evidence of soldiers firing at civilians, such as that of the kneeling soldier. A ballistics expert found that an AK47 assault rifle bullet had been fired from the street outside Gorlon House into the second floor, and that shots had also been fired into the third floor of the same building.