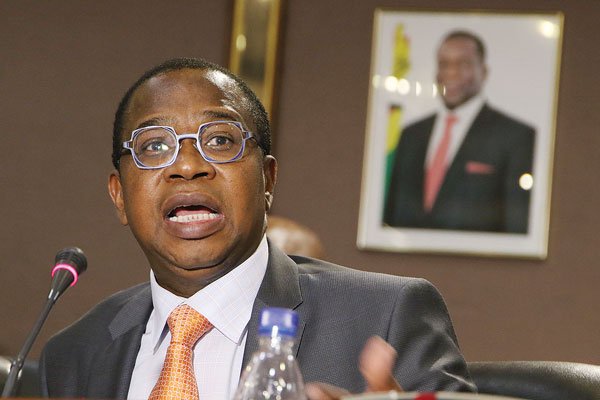 Parliament bid for $163 million in the 2019 budget, but was allocated $101 million. Yesterday, MPs from across the political divide threatened that they would not pass Ncube’s 2019 National Budget unless they got things their way.

After haggling, the MPs eventually settled for $145 million after they demanded that their welfare be improved to equal that of members of the Executive and the Judiciary. They also want Parliament to be equipped with state-of-the-art gyms, vehicles, computers, and other such luxuries.

In his Austerity for Prosperity budget, Ncube sought to cap government borrowing, cut spending on flagship projects as command agriculture, end all quasi-fiscal expenditure and limit borrowing from the central bank to 5% of the prior year’s revenue.

He also cut salaries for the President and senior government officials by 5% and will fire the nearly 4 000 “youth officers” by year-end. Ncube also cut the amount of bonuses paid to civil servants, but the wage bill is still expected to go up by 5% to $4,050 billion in 2019, constituting 61% of total revenue from 73% this year.

The budget, however, piled the weight of austerity and more taxes on the ordinary citizen, who, in addition to the 2% tax on all electronic transactions, will also pay more in excise duty for fuel and cigarettes, while imports of vehicles and other goods is now levied in foreign currency.

After getting their demands met, the MPs ignored the debate on the vote of the Public Service Commission, which takes care of the country’s impoverished civil servants, including teachers and
doctors, despite doctors being on strike and teachers threatening one.

Norton MP Temba Mliswa (independent), who was instrumental in canvassing MPs to demand good perks, said: “MPs are handicapped and we are talking of only one car, a Land Cruiser, which is the only car good enough for MPs to do their work because the Mazdas and Toyotas we get are not good enough.”

Mliswa said MPs were looked down upon because they did not even have iPads, adding that the $75 per diem was a pittance, and needed to be reviewed. Mliswa said the diet of MPs, where they eat a one course meal with a banana or apple for desert, was not proper as other Parliaments had more savoury desserts like trifles and ice cream.

“MPs must have world-class gyms and recreational facilities to play golf. MPs must also be given diplomatic passports,” Mliswa said.

Mbizo MP Settlement Chikwinya (MDC Alliance) said Parliament was so underfunded to the extent that it relied on development partners to finance the work of its committees. He added there was need to finance constituency information offices for MPs, and employ more staff in Parliament to assist in research and committee businesses.

Zanu PF’s Goodlucky Kwaramba said MPs were impoverished as the Ford Ranger vehicles they were given last time were already broken down.

Wedza North MP David Musabayana (Zanu PF) said MPs were the poorer cousins of the Executive and Judiciary, to the extent that they begged for fuel coupons at ministers’ offices for resale, as well as soliciting for allowances and gifts from organisations that fund parliamentary trips and committees.

Ncube promised that MPs would comparatively get their vehicles, but said the agreed model was a Toyota Hilux twin cab vehicle.

Ncube said he would also look at the issue of pensions for MPs who have served for a term, and also suggested to increase Parliament’s budget from $101 million to $120 million.
But Binga North MP Prince Dubeko Sibanda (MDC Alliance) said it was not the duty of the Executive to appropriate finances, but Parliament, also adding legislators were not going to allow the budget to pass if it did not increase Parliament’s vote.

Sibanda said the $163 million that Parliament wanted did not even consider inflation.

“If the minister does not allocate Parliament what it requests, then he should have his 2019 budget passed elsewhere,” Sibanda said.

After the increase, there was jubilation in the House, with MPs from across the political divide hugging Ncube.