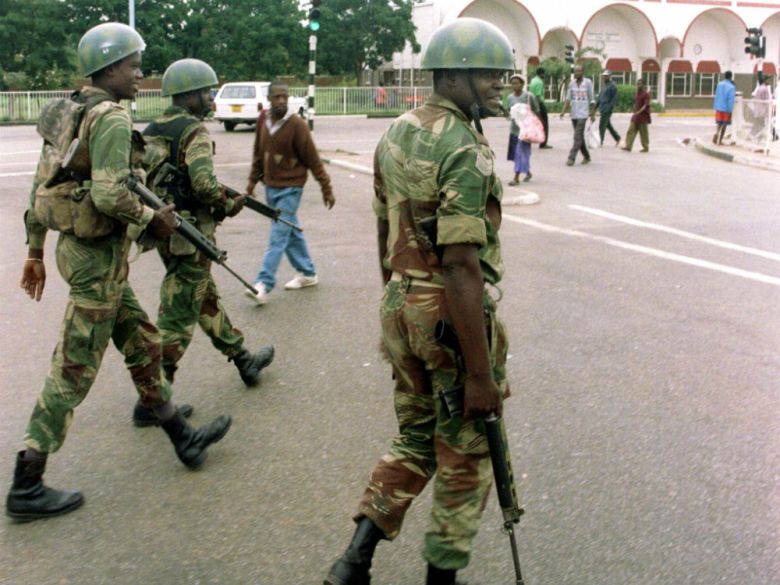 Represented by Obey Shava of Zimbabwe Lawyers for Human Rights,
Mutimutema, who in 2018 worked for Zimbabwe Congress of Trade Unions,
sued Defence and War Veterans Minister Hon. Oppah Muchinguri, Home
Affairs and Cultural Heritage Minister Hon. Kazembe Kazembe and ZRP
Commissioner-General Godwin Matanga, after some glass particles got
into his eyes when armed soldiers shot at a building housing his
offices on 1 August 2018 while dispersing protesting citizens.

Mutimutema had initially been awarded ZWL$295 000 as damages in
November 2020, which Hon. Muchinguri, Hon. Kazembe and Matanga had
reneged on paying.

This compelled Shava in 2021 to file an application seeking to amend
Mutimutema’s summons arguing that the compensation award had been
significantly eroded by inflation.

In response, Magistrate Ncube ordered Hon. Muchinguri, Hon. Kazembe
and Matanga to pay ZWL3 million to Mutimutema. Of the ZWL3 million,
ZWL2 million will cover current and future medical expenses to be
incurred by Mutimutema, ZWL500 000 is for pain and suffering while
ZWL500 000 will cater for general damages.

President Emmerson Mnangagwa’s government has over the years reneged
on compensating victims of army brutality such as Mutimutema, Lovejoy
Munesi, Tapiwa Tshuma and Rossie Munetsi, the wife of Peter Munetsi,
who was murdered during the November 2017 coup, which ushered him to
power.

A Commission of Inquiry chaired by former South African President
Kgalema Motlanthe and appointed by President Mnangagwa to probe the
post-July 2018 election violence that left at least six people dead
after they were shot by soldiers, recommended that government should
compensate all the victims of the shootings and prosecute all
perpetrators.

But four years on, no known victims or families have been compensated
and there has been no prosecution of the perpetrators.