The MDC Alliance Youth Assembly condemns the criminalization of trade unionism as evidenced by the illegal arrest of ARTUZ President, Obert Masaraure.

Source: Arrest Corruption and Looting, Not Trade Unionists! – The Zimbabwean 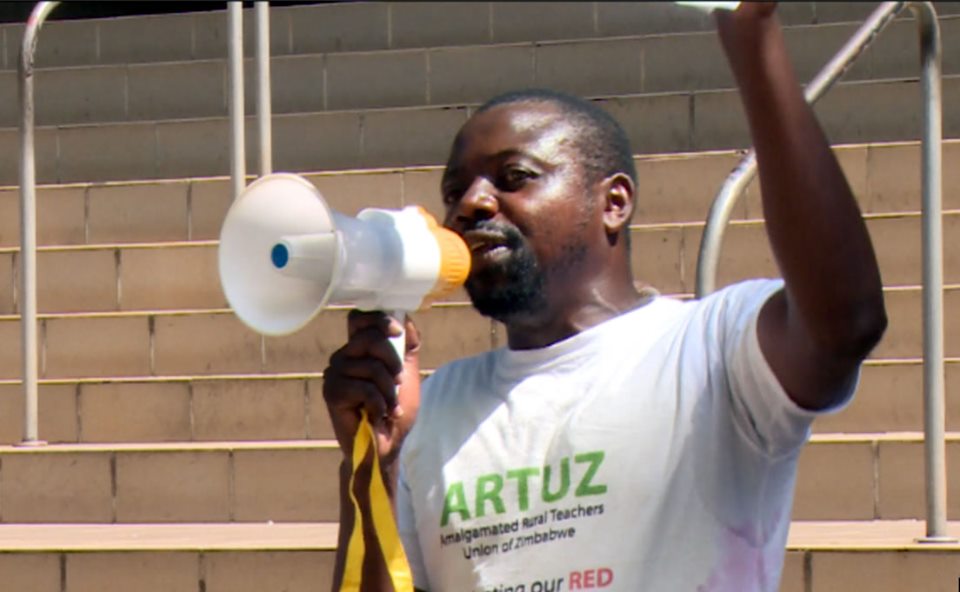 Masaraure who also doubles up as Chairman of social movement group, Poverty Liberation Movement was picked this morning by ZANU PF thugs in police robes and is being transferred to Masvingo.

Obert Masaraure’s only crime is that he is the voice of the poorly paid civil servants who are demanding a decent living wage from an extravagant regime.

This is not the first time Emmerson Mnangagwa’s corrupt and illegitimate regime has misdirected its arrows of dictatorship on trade unionists.

Only a week ago the same regime abused its powers and arrested two young female nurses for demonstrating against poor working conditions.

It is clear that the illegitimate Emmerson Mnangagwa does not respect the voice of reason let alone one from the poor and suffering masses.

Obert Masaraure is the Charles Mzingeli and Joshua Nkomo of our time!

He speaks on behalf of the hungry and angry citizens.

Obert is simply confirming that our homes are empty and surely that does not warrant any arrest.

We would like to put it clear that the attack on trade unionism is a direct attack on labour.

Simply put, the arrest and persecution by prosecution of those who speak the language of the poor is a direct attack on the starving masses.

Citizens are in desperate need for food and not arrest of one their own!

Surely Mnangagwa has gone to far and arrest of the voices of the poor is tantamount to asking for civil unrest!