As he opens record-breaking Agric Show 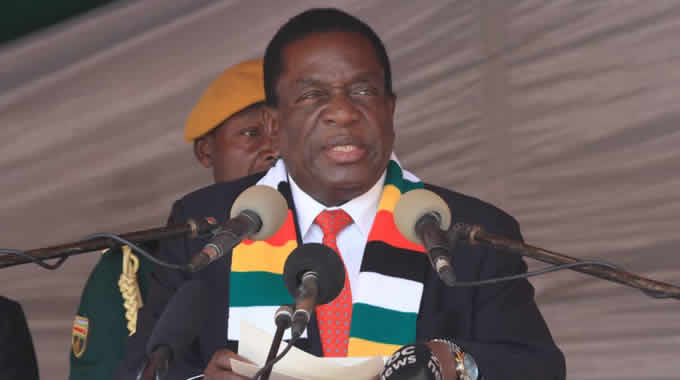 Source: As he opens record-breaking Agric Show | The Herald August 29, 2018

Ishemunyoro Chingwere Business Reporter
President Mnangagwa will on Friday officially open the 108th edition of the Harare Agricultural Show, which is primed to go down as the most subscribed edition of the exhibition, show organisers have said. Speaking to the media yesterday, Harare Agricultural Show Society chief executive officer Dr Anxious Masuka, said exhibitor bookings, sponsors and show goers’ interest was high this year putting the edition on course to becoming the most subscribed ever. Business started on Monday and is set to run through to Saturday with the official opening proceedings penciled in for Friday.“Our guest of honour has now been confirmed, His Excellency President ED Mnangagwa, will be the guest of honour for the 108th edition of the Harare Agricultural Show and we look forward to his interaction with show goers, exhibitors, our sponsors and many farmers,” said Dr Masuka.

The show will present the President with his first interaction with business since his inauguration on Sunday and expectation is high among business players as the President has consistently emphasised on the importance of business as an anchor of the country’s economic revival efforts. His mantra “Zimbabwe is Open for Business” has seen increased business and investor confidence in the local economy, which is primed for growth and attainment of upper middle income status by 2030. The official opening will, however, be preceded by the National Agribusiness Conference today to be officially opened by Vice President Constantino Chiwenga and will also see President Mnangagwa coming in as one of the discussants.

Vice President Kembo Mohadi will be guest of honour and a discussant at Tomorrow’s Mining-Agriculture interface where critical matters regarding funding and sustainable agriculture among other key issues will be discussed.

“We think that we are now going to witness perhaps the biggest attendance that this Harare Show has ever seen,” said Dr Masuka.
“To an extent that we are humbled by this show of confidence in the Harare Agricultural Show as a platform for opportunities for exhibitors and show goers alike.

“I would like also to highlight that we had also record support from sponsors and our supporters so the show is really oversubscribed,” he said.

Among the exhibitors who have pitched tent so far are players from different sectors of the economy that include the manufacturing sector, mining, agriculture, tourism players, transport and logistics, construction, agriculture, information communication technologies and several others.

Zimbabweans are optimistic of a massive economic turnaround under President Mnangagwa and the majority of them are willing to play ball.