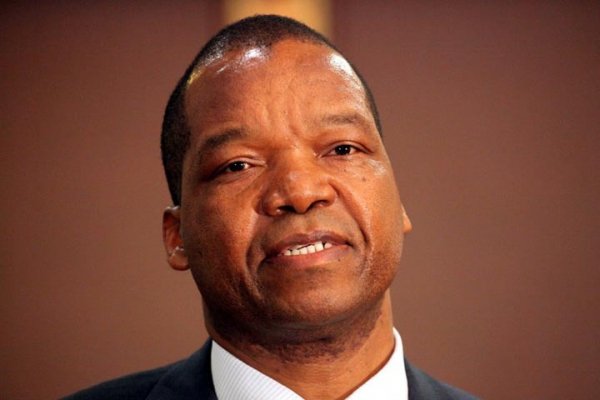 But Gumbo said the fuel released during last month’s Easter Holidays and Zimbabwe International Trade Fair (ZITF), has now been exhausted hence the current shortages, which has seen the re-emergence of long queues.

“I did explain that there was a huge improvement during the ZITF and Easter because I requested his Excellency (Mnangagwa) to allow me to release what we call ‘strategic fuel’ which is kept by the government and that is what I asked his Excellency. He allowed me and I released that into the market hoping that this would assist (Reserve Bank of Zimbabwe governor John) Mangudya,” Gumbo said.

“Industry must provide the forex so that they (Reserve Bank of Zimbabwe) can dish it out (to import fuel). I had released 20 million litres of fuel last time, 12 million litres of diesel and eight million litres of petrol, into the market from the strategic reserves of government. So you talk to Mangudya about the matter.”

He said enough fuel was already at the bonded warehouse in Mabvuku but in the absence of adequate foreign currency, the product will not be released on the market.

“Regarding payment of that fuel, it requires the Ministry of Finance and the Reserve Bank. It has nothing to do with me, so they are the people to talk to,” Gumbo said.

He also dismissed, as a social media hoax, reports that some companies were blending fuel at levels higher than the stipulated 10%.

“Blending is done by NOIC (National Oil Infrastructure Company) and when they do that they tell you how much blending they are doing. I don’t go for social media stories which mislead a lot of people,” Gumbo said.

Gumbo told Parliament that from today the country will begin to witness an improvement in the supply of fuel as fuel companies had been availed with foreign currency to purchase the scarce commodity.

“Government policy is that there should be enough fuel in the country, and our role as the Energy ministry is that we look for oil outside the country, but when it comes it is bonded and foreign currency is needed for oil companies to purchase it and my ministry is not involved in that,” Gumbo said.

“Today, I spoke to the Reserve Bank of Zimbabwe governor John Mangudya and he said that lines of credit had matured and big companies like Zuva, Engen, Sakunda and Puma have started receiving deliveries and from today, tomorrow and the following days there will be oil.”

The Energy minister said the oil stocks in the country can last for a full month, adding that there were two million litres of fuel in bonded houses and 23 days’ supply of diesel.

“We have ships in Beira that are pumping oil. So, the problem is not availability of oil — the issue is about forex to ensure that oil companies buy the oil,” he said.
Kadoma Central MP Muchineripi Chinyanganya (MDC) then asked Gumbo to explain government policy on blending fuel.

“We increase fuel by adulterating the original fuel with ethanol to make it more,” Gumbo said.

But Chinyanganya insisted blending meant that government had indirectly increased the price of fuel because if it further increased blending with ethanol by 5% or 10% then
it affected its strength and motorists end up travelling lesser distances with blended fuel than pure fuel.

“That assertion is not true. The issue is that we do the adulteration of fuel using renewable energy in order to enhance it,” Gumbo replied.