At long last we will use our methane 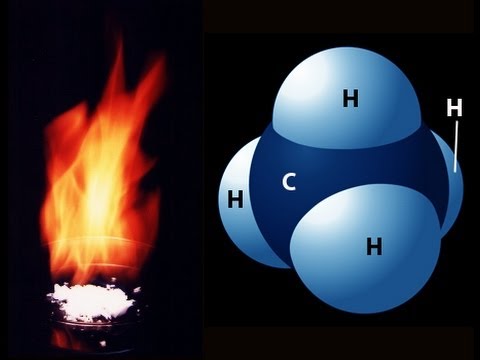 Zimbabwe is sitting on reasonable reserves of coal bed methane gas in Matabeleland North, a resource it has known about for decades, but has never exploited for reasons which are hard to find. Now, as part of a deal with SinoSteel, a major Chinese company, we are finally doing what we should have done 20 years ago and getting serious, starting with a small 14MW station to test the methane flow, and no doubt train operating staff, before moving to a 400MW station that will make up a lot of our present and planned energy deficiencies.

The technology is off the shelf. A gas generator plant is basically a turbofan jet engine, a modified version of what is slung under the wing of large airliners, spinning an electrical generator and outputting via a transformer. Most of the equipment for most gas power stations around the world is in fact supplied by manufacturers for modern jet engines as a useful sideline.

The civil engineering works are little more than a leak-proof short pipeline from the methane well-head and a shed to keep the rain off the engine and generator. It is that simple and gas power stations, unlike their hydro and coal cousins, can be commissioned within a year of work starting.

Even if the reserves need multiple wells to exploit, and even if new areas need to be opened up every now and again to ensure supplies, this is not a serious problem. In fact, because of the simple civil engineering, it may well be cheaper at one particular time to move the whole power station rather than extend the methane pipelines.

Gas has many advantages over coal. For a start all the problems of abrasive coal dust are simply not there. Methane is a very basic gas, in fact, the simplest of the natural gases chemically and can be moved by pipe as it comes out of the ground, rather than be mined with complex machinery and then crushed and transported. So the cost of fuel at the power station is a lot cheaper if gas is used rather than coal.

Secondly a gas station can be started and stopped at very short notice. It is not quite as perfect as hydro in being an instant source, but it is far closer to hydro than a coal station where up to an hour is needed for each boiler to raise steam from the moment that the fires are lit. As most people know, a jet engine can be switched on and off very quickly. It is this that has made gas generators the station of choice across vast swathes of the industrialised world. Coal is only the fuel of choice when there is no suitable site for a hydro-elecric dam or when there is no ready supply of natural gas. Given either alternative and most utilities will use these instead of coal.

The final advantage over coal is not one that directly concerns utilities generating power, but does concern the planet. A gas station produces significantly lower levels of greenouse gases than an equivalent sized coal station, simply because it is more efficient. Indeed the spread of gas stations and using them to replace coal stations is one of the main reasons for the slowing of carbon dioxide emission growth and the main reason why coal mining is a declining industry in so many countries.

Unlike solar power and wind power, a gas generator can operate 24 hours a day, 365 days a year. It is not reliant on the sun shining or the wind blowing. And even though Zimbabwe, now that Kariba South can generate more power than there is river flow for continuous operation, has in effect a huge storage battery in Lake Kariba and so can commission solar plants, a gas station giving assured flows of energy is obviously a necessary part of the generation mix once we become serious about using our resources sensibly.

The doubters still worry about the extent of the reserves, and likelihood that they may be patchy. But as a senior engineer in another country with plenty of coal, but no natural gas once noted when discussing coal-bed methane: “It is not Saudi Arabia, but its here and we are using it.” Perhaps Zimbabweans are so used to describing their mineral resources as the largest or second largest or third largest in the world, that they forget that even if our methane reserves are the 100th largest in the world, that is more than enough to keep the lights on and the economy growing.

And even if in time they are exhausted, well the coal bed is still there to be mined, and can then be mined in far greater safety and without venting millions of tonnes of a very potent greenhouse gas. So we still win.