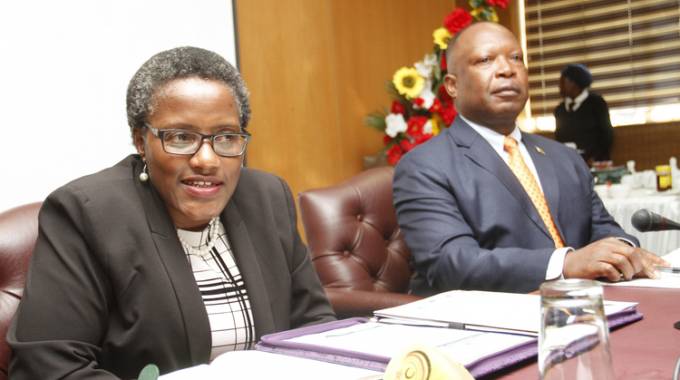 Source: Zimra commits to fighting corruption | The Herald May 16, 2018

Fidelis Munyoro Chief Court Reporter
Zimbabwe Revenue Authority Commissioner-General Ms Faith Mazani says the revenue authority is committed to fighting corruption within its administration and improve the ease of doing business in the country. Comm-Gen Mazani said the tax collector has put in place strategies to combat the rot gnawing the organisation and is working with other arms of the State to curb widespread corruption at its stations.

“We are fully aware of the perception created around Zimra,” said Ms Mazani while responding to claims of underhand dealings within the organisation’s rank and file during an interface with diplomats accredited to Zimbabwe at Munhumutapa Offices in Harare yesterday.

“Zimra has a strategy to fight and expose corruption. It is an issue we always talk about.”
The diplomats wanted to know what steps Zimra was taking to fight the scourge of corruption within the organisation in view of reports that it was the most corrupt organisation in the country.

She refuted the claims say its systems are well-managed.
However, she conceded that smuggling of banned commodities under SI64 was posing a challenge to the revenue authority.
“There is so much that we are doing to ensure that our systems are secure and plug the leakages,” said Ms Mazani.

The meeting provided diplomats and Zimra management with a platform to interface and open lines of communication.
Ms Mazani said Zimra was committed to handling all tax related issues through the setting up of dedicated structures to cater for diplomatic issues.

President Mnangagwa’s new administration has already attracted $11 billion FDI commitment over the past five months.
The Government announced sweeping investment reforms that are already underway to attain a middle income economy by 2030.

“We fully support the current drive by central Government in facilitating business processes for foreign and local investors,” she said.

“We also applaud the Government for effectively engaging with all stakeholders towards common economic goals.”
The Director of Multilateral Affairs in the Ministry of Foreign Affairs and International Trade Mr Vusimuzi Ntonga said the tax policy was important for ease of doing business in the country.

“Zimbabwe has transitioned into a new era of investor friendly policies and is keen to improve the ease of doing business,” he said.

The Zimra interface was meant to give diplomats an insight into issues surrounding the country’s tax laws as they apply to their functions. The interface was attended by heads of missions accredited to the country and agents in the trade unit.