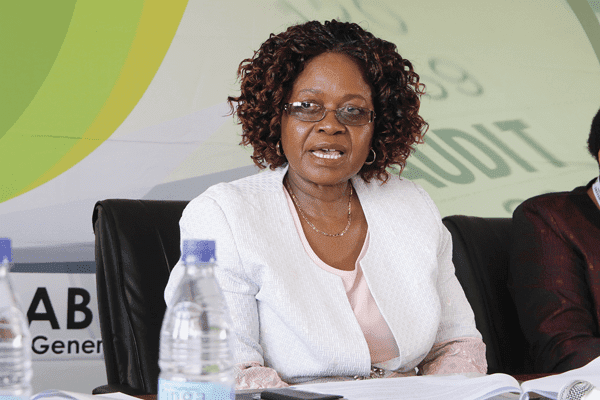 Chiri, in a statement yesterday accompanying the 2018 audit reports for line ministries, State entities and local authorities, said according to the 2018 budget, government was supposed to spend $4,6 billion from the consolidated account, but ended up blowing $7,1 billion.

“The excess expenditure was still to be regularised in terms of section 307 of the Constitution,” Chiri said in her statement.

She exposed a litany of gross accounting malpractices by government departments, parastatals and local authorities that gobbled millions of dollars.

In some instances, goods and services were paid for but remained unutilised for several years.

Chiri cited other cases where goods were paid for, but not delivered.
“There was no evidence that the ministries had followed up deliveries of the outstanding goods,” she said.

“Ministries processed payments amounting to $7 280 598 and

$232 187 526 that were not adequately supported with receipts, invoices goods received notes and competitive quotations and this made it difficult for me to ascertain if these funds
were used for the intended purposes,” Chiri said.

She also noted that of the $100 000 released by Treasury to the Department of Social Welfare to pay old persons, only 39% of the amount was used for the intended purpose, with the bulk of the money spent on administration costs, hotel bookings and officials’ subsistence allowances.

She singled out entities such as the Zimbabwe Schools Examinations Council (Zimsec) and the power utility firm, Zimbabwe Electricity Transmission and Distribution Company (ZETDC), of failing to put to good use public assets acquired.

“For example, Zimbabwe Electricity Transmission and Distribution Company (ZETDC) has not taken delivery of transformers nine years after making a payment of $4,9 million to Pito
Investment. The same contractor was also paid $561 935 in advance by the Zimbabwe Power Company in 2016 and has not delivered. The Grain Marketing Board also made an advance payment for
maize worth $1 014 163 in 2016 and to date, this maize has not been delivered,” the statement read.

In the health sector, Chiri said while her asset register for the ministry revealed that it had 282 ambulances across the country, only 134 (48%) were functional and the rest were non-runners.

The government auditor said the Primary and Secondary Education ministry received $6 090 000 for the procurement of books for the Curriculum Development and Technical Services, but the
money was diverted for other purposes.

The Harmonised Social Cash Transfer (HSCT), which is an unconditional transfer of cash entitlements to vulnerable households in order to enhance the livelihood of vulnerable children,
saw $9 759 722 being disbursed to the Social Welfare ministry, but the ministry failed to disburse the money, leading to its recall.

She also said ministries were not checking and reconciling the pay sheets against payments, resulting in variances of $3 012 861.

Her report also exposed that Allied Timbers operated eight bank accounts that were not registered in its name.
Turning to local authorities, Chiri said some municipalities, such as Gweru, could not reconcile their books, while Harare was hiring equipment at a cost of $22 950 for road maintenance
when they could have spent $159 969 to repair their own equipment.

“Harare council borrowed $32,5 million to fund salaries and terminal benefits of employees without ministerial approval. Only six of the required 32 ambulances were available,” part of
her statement read.

The Auditor-General said although most of her recommendations were being taken on board, the pace at which they are being implemented was very slow. She called on parastatals to improve their accounting systems.

“Governance issues have continued to dominate my report constituting 80% of my total findings, although there was a marginal decrease of 16% from 2017. Most governance issues centred on
absence of good stewardship over public resources,” she remarked.

“It is imperative that State enterprises and parastatals embrace provisions of the new Public Entities Corporate Governance Act Chapter 10:31 and incorporate these into existing
structures and processes.”