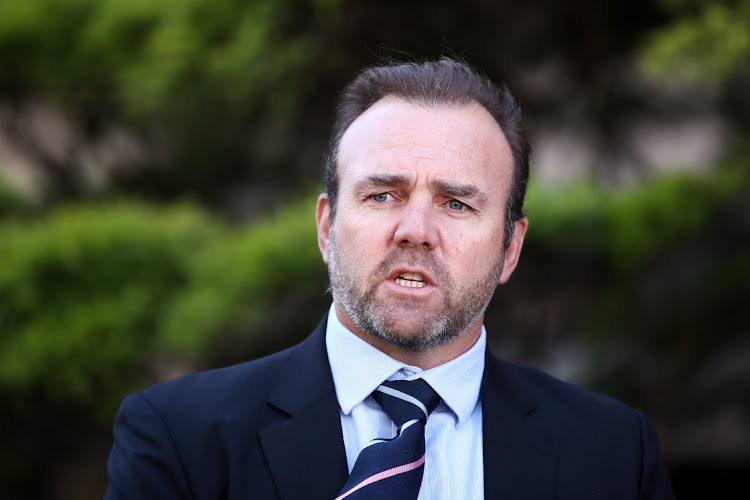 The Zimbabwean-born former Wales international replaces Rob Clarke, who took over on an interim basis after the resignation of New Zealander Raelene Castle in April.

“Despite there being a lot of hard work ahead, I believe that Rugby Australia is uniquely placed for success both domestically and on the global stage,” Marinos said in a Rugby Australia news release.

“The game has endured substantial change over the last six to eight months and I’m optimistic and excited to be involved with Rugby Australia as it heads off in a new, positive strategic direction.”

Marinos, who played eight tests at centre for Wales in 2002/2003, takes over an organisation that has received a severe buffeting both financially and reputationally in the last few years.

The Covid-19 pandemic precipitated a financial crisis that a World Rugby loan helped avert and Clarke was forced to make job and salary cuts, including for players, to help get the organisation back on an even keel.

Clarke also oversaw the negotiation of a new broadcasting deal to run from the start of 2021 and Rugby Australia chairman Hamish McLennan thanked him for his temporary stewardship of the body.

“Rob stepped into the role on short notice and has done an incredible job in restructuring Rugby [Australia] to be set up for future success,” he said.

Marinos, who has previously held positions at the SA and Welsh Rugby Unions, brings a wealth of experience of working with the main power brokers of the global game.

“Andy is an extremely impressive and experienced rugby administrator who covered every key criterion that the board wanted to see in our new CEO,” McLennan added.

“He boasts impeccable relationships with the Six Nations unions which, together with his Sanzaar connections, strengthens Rugby Australia’s bid to host the 2027 Rugby World Cup.