Authorities in Zimbabwe are continuing their crackdown on dissent with the arrest of a prominent journalist, who exposed a multi-million dollar scandal involving government officials, and a political activist, who called for a nationwide protest against corruption on 31 July, Amnesty International said today.

Source: Authorities continue their crackdown on dissent with arrest of investigative journalist and activist – The Zimbabwean 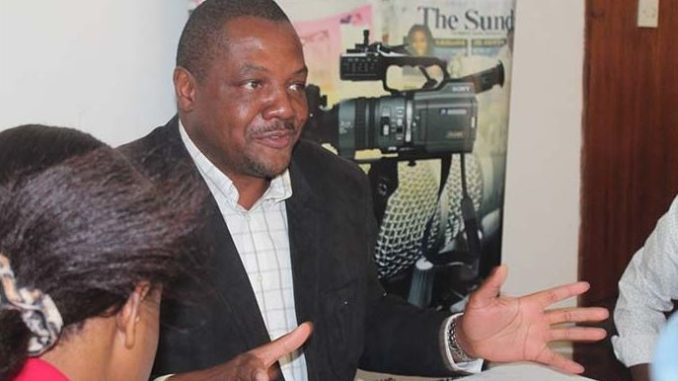 Hopewell Chin’ono, an investigative journalist, and Jacob Ngarivhume, an activist who called for the 31 July demonstrations, were arrested earlier today in Harare. Chin’ono has been exposing alleged corruption, including in the procurement of COVID-19 medical supplies.

“The arrests of Hopewell Chin’ono and Jacob Ngarivhume are designed to intimidate and send sending a chilling message to journalists, whistleblowers and activists who draw attention to matters of public interest in Zimbabwe,” said Deprose Muchena, Amnesty International’s Director for East and Southern Africa.

Local human rights defenders have raised concerns that the police will be targeting any activists who are suspected to be behind the planned protest against alleged corruption. The protest has been trending under the hashtag #31July.

“Authorities must immediately and unconditionally release Hopewell Chin’ono and Jacob Ngarivhume. They have committed no crime – no one should be detained for peacefully protesting or reporting on allegations of corruption.”

Hopewell Chin’ono was arrested in the morning of 20 July at his home in Harare. Police forced their way into his home and intimidated his domestic workers before arresting him. The journalist was detained after reporting allegations involving US$60 million worth of contracts awarded to companies at inflated prices for COVID-19 supplies, including Personal Protective Equipment, by the Ministry of Health.

Jacob Ngarivhume, who was also arrested today, is the leader of Transformation Zimbabwe, a local Non-Governmental Organization.  He is suspected of being one of the organizers of the 31 July protests planned against corruption later this month.