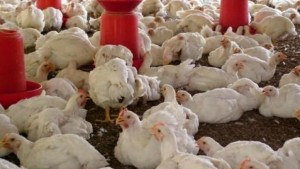 The first outbreak struck Lanark Farm in May, where Irvine’s Zimbabwe was forced to slaughter 140 000 chickens.

TWO Avian Influenza outbreaks that have hit Zimbabwe’s largest poultry producer’s broiler breeder and layer sections since May have negatively impacted the supply of day old chicks and eggs, a poultry industry body has said.
The Zimbabwe Poultry Association (ZPA) has called for a strategy to rebuild lost broiler chick production following the culling of thousands of breeder birds after the Avian Influenza (AI) outbreak in May and July.

The outbreaks of the Highly Pathogenic Avian Influenza (HPAI), commonly referred to as the bird flu, are threatening the region’s poultry industry.
Since the first outbreak in May, southern African states have already implemented a series of actions including heightened surveillance, quarantine, importation bans of poultry and poultry products from affected countries while awareness programmes have been put in place.
The first outbreak struck Lanark Farm in May, where Irvine’s Zimbabwe was forced to slaughter 140 000 chickens.

The second outbreak, last month, saw the same farm slaughtering another 40 000 birds under veterinary supervision. This meant the renewal of the quarantine order on the property, beginning July 26, 2017.
A ZPA meeting last month heard that the two AI outbreaks occurred on Zimbabwe’s largest poultry producer’s broiler breeders and layers sections, which negatively impacted the supply of day old chicks and eggs.

Concern is rising that the loss of two million day-old chicks from the large-scale commercial breeder would also seriously impact smallholder poultry production.
“The shrinking small-scale sector has been hardest hit in recent years by increased production costs, reduced consumer buying power and the shortage of cash,” the association said.
“Importation of hatching eggs is critical at this point to rebuild poultry breeding potential and restore production of day old chicks for both broiler and egg production in Zimbabwe’s largest livestock industry.”
With the current ban on the importation of hatching eggs from South Africa, following outbreaks of AI there, the ZPA has called for a six-month waiver on the high duty imposed on importation of hatching eggs from other markets, to enable the local industry to recover.

Many other countries outside Zimbabwe have been forced to depopulate their poultry stocks with South Africa having so far culled over 800 000 birds, while Zimbabwe puts the figure at approximately 215 000 birds.

South Africa alone is also destroying one million eggs a day from the affected farms.
According to the country’s Department of Livestock and Veterinary Services poultry producers can, however, still access day-old-chicks from alternative source markets such as Charles Stewart, Zim-Avian, Kudu Creek, All-Avian, Peppertree, Novatek, Hukuru Chicks and Dr Hennand Supachicks that have so far remained clear of HPAI.

“Imports of hatching eggs continue to be processed on case-by-case basis from establishments presenting the lowest risk,” the Veterinary Services said.