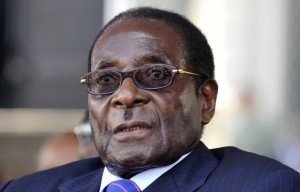 CABINET has more than doubled the budget for the proposed $1 billion Robert Gabriel Mugabe University, from an estimated $400 million in the institution’s initial plan, it has emerged.

Higher Education Minister Jonathan Moyo announced last week that Cabinet  which is struggling to fund its own programmes had approved a $1 billion grant for the construction of the privately-owned university, made up of $800 million for construction and an additional $200 million for the establishment of an endowment fund for research and innovation.

Moyo told The Financial Gazette yesterday that the full extent of the university’s cost would be known once the project’s working groups complete work on the blue print.

“The initial figures of $300 million an d $100 million grossly underestimated the government grants or contributions, which Cabinet pegged at $800 million and $200 million, respectively,” said Moyo.
The university would be owned by the Robert Gabriel Mugabe Foundation, whose trustees are Mugabe and his wife, Grace. The institution would be incubated by the University of Zimbabwe, Moyo said.

The university plans have drawn criticism over the use of State funds by a broke government – which is struggling to adequately support its 10 universities – to fund a private institution. Critics have also questioned the magnitude of the funding, with the proposed endowment fund eclipsing all but one of South Africa’s leading universities.

“Furthermore, the design process is guided by the desired shape and size of the new university with a capacity of at least 15 000, construction cost of at least $300 million and a Research Endowment Fund of $100 million,” reads the document.

The plan also proposes the setting up of eight working groups to focus on governance, finance and revenue, curriculum and admissions, research, human resources, facilities, accreditation and communications and government relations.

All the working groups’ efforts are expected to culminate in a draft business plan for the university, expected by December 2017.

Moyo was not available to comment on the costing differences between the incubation plan budget and Cabinet’s approved funding envelope. 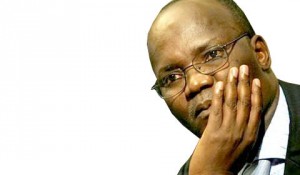 The RGM University project is the first lady’s brainchild. Last year, Grace revealed plans for the university, and a hospital, on her 60 hectare Mazowe property, which houses an orphanage and private school.

“Funds permitting, I’m planning on building a hospital in future since there’s no major hospital in that area,” Grace told a Zimbabwe National Chamber of Commerce (ZNCC) conference in Victoria Falls in July, 2016.

“Funds also permitting, I want to build a Robert Mugabe University because we want continuity and responsibility.”

Cabinet’s decision to fund construction of the university comes at a time when several State universities have had to rely on government raising debt to fund campus development.
The government-owned Infrastructure Development Bank of Zimbabwe (IDBZ) received Treasury approval to raise $75 million for various infrastructure projects at some State universities, including the National University of Science and Technology (NUST) in Bulawayo.

Development of the NUST campus, started in 1993, is still a long way to completion.
While critics have questioned the apparent prioritisation of the RGM University ahead of other projects already at development stage, the sheer scale of the construction budget also raises eyebrows.
At close to $1 billion, the RGM construction budget has Ivy League Cornell university, in Ithaca, New York, well in sight.

The Cornel development, which will feature dorms, offices, classroom buildings, restaurants, and a hotel, will span two million square feet – about four times the space occupied by all the Mugabe properties in Mazowe – and will cost $2 billion.

The Commission of Inquiry which recommended the creation of NUST estimated, in 1989 that the total cost of the university would be in the region of US$150-$175 million (about $300 million to $350 million at 2017 US dollar rates).

“It’s not from the Ministry’s budget, but it is a grant from the fiscus. The amount is a fraction of the cost of constructing and equipping it!” Moyo said in a Twitter response to queries over the source and size of the proposed Mugabe university’s funding.