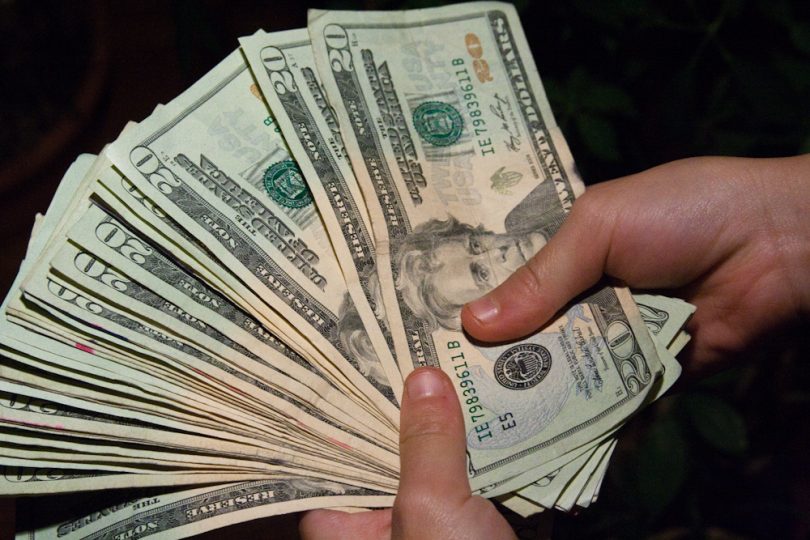 ZIMBABWE’S growing domestic credit, which swelled 38,5% on an annual basis to US$10,5 billion in February, largely driven by government borrowing, is scuttling efforts to stabilise the country’s comatose economy, while choking the private sector from accessing local lines of funding.

According to a recent Treasury report, credit to government increased by 59% to US$6,2 billion from US$3,9 billion last year during the comparative period, as Zimbabwe heavily depends on domestic lines of funding to finance its widening budget deficit, which stood at US$225 million during the first quarter of 2018, according to a recent central bank report.

Government’s huge appetite for borrowing from the domestic markets through the issuance of debt instruments known as Treasury Bills (TBs), is partly attributed to the country’s failure to access lines of credit from international financial institutions after failing to service a huge external debt stock, estimated at US$16 billion.

Plans to settle the country’s accumulating arrears, particularly under the Lima Plan agreed in Peru three years ago, have progressed at a snail’s pace, as international finance houses adopt a wait-and-see approach towards Zimbabwe, which is due to hold a crucial general election on July 30.

On its part, Zimbabwe’s government has indicated to multilateral lenders that dialogue to clear its huge debt overhang was also predicated on the outcome of the make-or-break elections this month, while Harare was also exploring other avenues to extinguish the mounting arrears.

With Zimbabwe’s huge external debt stock accounting for about 80% of its gross domestic product (GDP), the country is battling to access fresh lines of credit, a key step towards setting the weak economy on a firm recovery and growth path.

The private sector has attributed its failure to borrow locally largely to government’s heavy reliance on the domestic markets to finance its consumptive expenditure, primarily channelled towards offsetting a ballooning civil service wage bill.

Coupled with that, Zimbabwe’s economy is characterised by deep-seated challenges, namely a debilitating cash crisis, massive job losses, company closures and a widening trade deficit which reached almost US$1 billion in the first quarter of 2018.

However, central bank governor John Mangudya has openly rejected the argument that the issuance of Treasury Bills (TBs) by government to borrow on the domestic markets is “crowding out” the private sector, which is perceived by sceptical local finance institutions as a high risk investment area.

“One would have asked, what is the source of the growth of deposits? Sources are the assets, which are given as credit to government. So banks see government paper, as the most secure paper than lending to the private sector.

By February this year, total bank lendings to the private sector grew marginally by 6,1% to US$3,56 billion from US$3,51 billion, as local finance houses hedge capital through the swelling uptake of government-guaranteed debt instruments.

Before the formation of the Zimbabwe Asset Management Company (Zamco) in 2014, a special purpose vehicle formed by government to mop up bad loans, the ratio of non-performing loans (NPLs) stood at 20,45%. International best practice stipulates that NPLs be restricted below 5% to maintain the stability of the finance sector.

Currently the ratio of NPLs in Zimbabwe is averaging 7% though not indicative of improving repayment trends, but the stringent credit lending mechanisms that banks have designed.

To its credit, government has not yet defaulted on repaying the debt instruments upon maturity; though there is growing discomfort among analysts, who say Harare’s mounting financial obligations will widen the budget deficit, frustrating efforts to revive the fragile economy through reining in high expenditure, among other structural reforms.

According to a Reserve Bank of Zimbabwe (RBZ) 2018 first-quarter report, government’s expenditure surpassed the target of US$1,1 billion by US$273,3 million with employment costs accounting for about 32% of total expenses.

“The resultant effect of government’s growing domestic credit is that it will crowd out private investment as interest rates increase,”he said.
“When government increases domestic credit, it also leaves less credit available for private sector borrowing. As a result, private sector investment declines, negatively impacting on economic growth,” he said, noting that Zimbabwe’s borrowing on the domestic market should be channelled towards “investing in the productive sectors of the economy rather than borrowing to finance the civil servants’ wage bill”.

Economist Christopher Mugaga said the growing domestic credit, largely fuelled by government borrowing locally, was increasing the cost of money in Zimbabwe, while creating other attendant debilitating effects such as an acute cash crisis that the southern African country is currently grappling with.

“Of course, government reliance on domestic loans is at the expense of the private sector; this is pushing up the cost of borrowing.

“Government’s borrowing on the local market has led to cash shortages and the fiscal deficit,” said Mugaga.