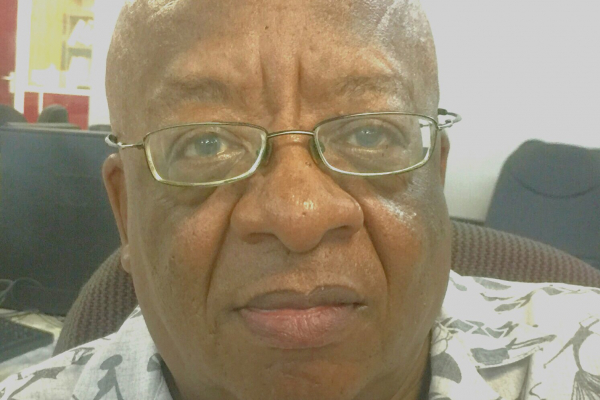 THERE is a time to set the record straight so that repeated lies about anyone and anything do not begin to sound like the truth.

Fellow Zimbabwean Brighton Musonza posted this on social media recently: “Listen folks, no one is paid to have different political views from yours. That mediocrity should end . . . People don’t have to be paid not to agree with you or not to reconcile with your version of Zimbabwe that you want. We are in a democracy and we make choices. You should accept that or simply jump onto your bike and go to hell . . . We’re citizens first before we assume political activists’ roles. I am not a political activist and so I am not entitled to be emotionally attached to your party . . . Politics of extremism is hurting Zimbabwe. Don’t take a religious relationship with political parties.”

With the worsening toxicity in the political atmosphere as elections loom, these are timely words. I say so because, without beating about the bush, without prevarication, without mincing words, deliberate gross misrepresentations and lies are being spread by mainly a vociferous section of MDC Alliance supporters that if you don’t see things their way, you have somehow been bought by their main rival, Zanu PF. Just go on social media and you will get a feel of the deluge and virulence of the ignorant, immature and insulting baseless accusations.

But we should not let censurable conduct go unchallenged just to please or placate people whose unhealthy sense of belonging to a political party makes them go to the ridiculous extent of putting their party leader’s face as their profile picture on Facebook. This is often seen in people with a low sense of self-worth who let the party completely take over every aspect of their life — like the man who bashed his wife for attending a Zanu PF rally as if he owns her. Unfortunately, many people obsess over one aspect of their lives — such as elections which come and go — at the expense of the others — such as their marriage and family. Theirs is a case of infatuation. Infatuation is liking everything about a person, and seeing them as perfect; you do not see their flaws, you just overlook them and act like they are perfect. We should not waste time for discussing serious national issues by humouring or indulging such people with a fan club mentality.

This poisoned atmosphere could be partly blamed on those leaders on both sides of the political divide who are sending the far-fetched message that they are on a divine mission to rescue Zimbabwe, which blasphemous and profane message will be taken to the maximum literal meaning by unthinking, fanatical minds in their ranks who are incapable of seeing the other side to an issue. That’s why Musonza warns of the dangers of having “a religious relationship with political parties”, where (not Musonza’s words) “the rose-coloured lenses of the mind play their trick, filtering its perceptions to see that which it chooses to see. It is like a form of immature puppy love”.

We have to speak truth to power about both ruling party and opposition party leaders. But some people are giving the lame excuse that the timing of pointing out such glaring faults in the opposition is wrong because “we want to get rid of Zanu PF first”. First, some people do not want to be drawn into the Zanu PF-MDC fights because they don’t give a hoot for either party; they don’t care at all about what happens or doesn’t happen to either party. Second, this is erroneous and presumptuous thinking because it’s not all people who are on a mission to vote Zanu PF out as seen from the numbers at the ruling party’s rallies. This is not a zero-sum game. Third, while to some people nothing has changed, but to others Zanu PF has reformed enough post-Robert Mugabe and improved things to be electable again.

Of course, we should factor in that some traditional Zanu PF supporters are now backing MDC because the Zanu PF they loved disappeared with Mugabe’s ouster in November 2017. Equally so, some traditional MDC supporters now back the reconstituted Zanu PF government under Emmerson Mnangagwa because the party they loved died with the mayhem that followed party leader Morgan Tsvangirai’s death in February 2018 and they see real change on the ground and on the horizon. No one can justifiably accuse these people with their contrasting perceptions of being bought by anyone for seeing things the way they do and for shifting support between the two parties as and when they feel like. So no one owes anyone an explanation for their choice except their conscience.

With the elections a matter of days away, there is no better time to point out what is not acceptable. It cannot be untimely to criticise because life is always work in progress and, as such, nothing should stop just to make someone win elections, especially undeservedly so. The time to raise red flags is here and now because if you wait until these politicians get into office in the event that they win, they would have become too important to listen to anyone or heed any advice. This week, I heard some journalists discussing among themselves that of all the opposition Cabinet ministers appointed to the Government of National Unity (2009-2013), only three remained accessible, while the rest became unreachable because they were now too firmly ensconced in high office to preoccupy themselves with mere reporters. So, those journalists who have reduced themselves to be megaphones of politicians ought to take heed — that is, if they still regard journalism as a conscience profession.

This brings us to the raging topical issue about the voters roll which the opposition has raised against the Zimbabwe Electoral Commission (Zec). Wrote Tawanda Majoni: “These are legitimate concerns, of course. That means the opposition is not offside to complain and its message on how Zec has handled the voters roll, in particular, is good to listen to.”
But, continued Majoni in the article titled “The voters roll and a double-faced opposition” (The Standard, June 17-23 2018): “The problem, though, is with the messenger, particularly the MDC Alliance. These guys are accusing Zec of what they also guilty of. ‘Hostile’ names were removed (from the MDC-T’s own primary election voters roll). Ghost party voters were added. In some cases, candidates were imposed. Quite disturbingly, some candidates never got the registers and if they did, they had them flashed in their faces just before the primaries, literally . . .

“Similarly, the Alliance primaries were not without violence and intimidation. Hired youths gave hell to rival candidates. They decided who voted and musn’t and were strategically positioned at the polling points to make that happen. That makes it very hard for the political outfit to make a convincing case out of the fact that the BVR process was marred by violence and intimidation. This is because, more often than not, humanity has a tendency to look at the messenger before listening to the message.”

Indeed, do not look at the messenger, but heed the message instead of rushing to baselessly and ignorantly accuse anyone of being bought.

Concluded Majoni, an experienced journalist and international correspondent with a strong passion for humanitarian and investigative reporting, media and public relations and training, as well as scholarly research on media ethics: “Never mind the fact that the opposition is making good points moaning over the voters roll. Where Zec is bad, so is the opposition. It must have avoided doing what it doesn’t want to happen to it. That is approaching the voters roll conversation with a dirty mouth. As they say, charity begins at home.”

Well, does suggesting that the MDC Alliance is least qualified to point fingers at Zec mean that one has been bought?