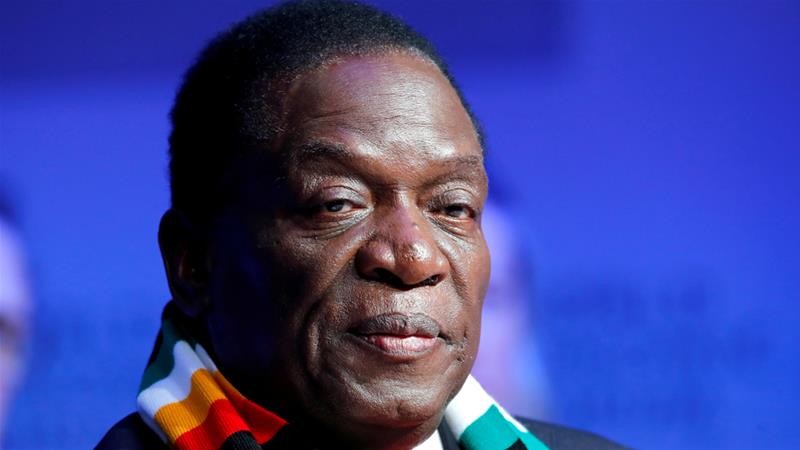 AS THE violent armed rebellion in neighbouring Mozambique worsens, there are growing concerns that Zimbabwe and other regional countries are at risk on a number of fronts — unless Sadc deploys troops there to quell the insurgency.

Political analysts who spoke to the Daily News yesterday said Sadc needed to assist Mozambique to stop the insurgency in Cabo Delgado Province — to bring relief to tens of thousands of people in dire need of help there, and to prevent the mayhem from spilling over into neighbouring countries.

This comes as President Emmerson Mnangagwa took part in a crucial regional meeting in Mozambique yesterday, as a follow-up to last month’s Sadc summit in Botswana on the insurgency — amid growing calls for the region to deploy troops in Cabo Delgado.

2 000 people, mostly civilians — with about 400 000 others having been displaced, raising fears of an influx of refugees into Zimbabwe, Tanzania and South Africa.

The number of incidents in Cabo Delgado has escalated dramatically lately, with helpless communities being caught between government responses and the attacks by the insurgents, some of which the Islamic State militant group has claimed responsibility for.

University of Zimbabwe political science lecturer, Eldred Masunungure, told the Daily News yesterday that it was strategic for Zimbabwe to take an active role in the crisis — on account of the country’s socio-economic and security interests, which were increasingly becoming threatened by the worsening events in Mozambique.

“The Mozambique situation is of concern to Zimbabwe both directly and indirectly on a number of fronts.

“Indirectly because like we have seen in Nigeria, the moment you mention Islamists investors inevitably shun the region. They will not want to invest in Sadc when there are insurgents wreaking havoc.

“The crisis affects Zimbabwe directly because the Beira oil pipeline is the country’s economic lifeblood and hence it is prudent for Harare to play a critical role in ensuring that peace prevails in Cabo Delgado — as long as the military intervention is in the context of a regional effort,” Masunungure said.

“There is also the issue of refugees flocking into Zimbabwe, as was the case during the Renamo disturbances — although this time around there is some distance from the conflict region.

“The issue of refugees will be of serious concern to the country because it will likely affect Zimbabwe the most,” he added.

But world politics expert, Stephen Chan, called for a cautious approach that should involve both military force and diplomacy if Sadc was entertaining any hopes of establishing lasting peace in Mozambique and the region.

“These insurgencies, as we have seen in northern Nigeria and Somalia, are complex and cannot be crushed by military force alone.

“Any military effort must be combined with a highly sympathetic mediation effort. The two must work hand in hand, and the mediators need to have expert Islamic credentials.

“If only force is used, particularly heavy-handed force, and Zimbabwean troops are involved, then yes, Zimbabwe may expect the same sort of retaliation that Kenya saw — attacks on civilians at shopping malls by suicide bombers and gunmen and, indeed, as in Nairobi, gunwomen,” Chan told the Daily News.

The previous Renamo insurgency, in which the United Nations estimates 16 million civilians died, was widely considered to be an aftershock of the Mozambican civil war which started in 1977 and dragged on until the last ceasefire in 2019 — over allegations of state corruption and the disputed results of the 2014 general elections.

Although a ceasefire was announced between the government and rebels in September 2014, renewed tensions sparked violence in mid-2015.

The last remaining Renamo fighters later surrendered their weapons and another peace agreement was signed by Nyusi and Momade in Maputo’s Peace Square a week later.

Zimbabwe imports its fuel through the Mozambican port of Beira and it is delivered into the country via a pipeline that was built in the 1980s.

Besides fuel, Zimbabwe also receives some of its key imports through Mozambican ports.

At the Botswana summit last month, Sadc leaders finalised a comprehensive regional response to the unrest, according to a communiqué that was released afterwards.

The killings in Mozambique are being perpetrated by  jihadists, who have pledged allegiance to the Islamic State group, and have been active for three years in the Cabo Delgado region where they have been attacking villagers.

Last month, the UN High Commissioner for Human Rights, Michelle Bachelet, called for urgent measures to protect civilians who are at the mercy of marauding armed groups in the area.

The call came in the face of reports of dozens of people being beheaded by the Islamist militants in recent months — a development that has sent thousands of people fleeing by land and by sea, while others allegedly remain trapped in conflict areas, with many forced to hide in the bush for days.

Through her spokesperson Rupert Colville, the UN Commissioner said people trapped in areas of conflict, as well as many of those displaced across the province, barely had any means of surviving and that some areas had been without humanitarian aid for more than six months.

“Those who remain have been left deprived of basic necessities and are at risk of being killed, sexually assaulted, abused, kidnapped, or forcibly recruited by armed groups. And, those that flee may die in the process.

“There also have been reports of human rights violations committed by Mozambican security forces in recent years, including extrajudicial killings, ill-treatment, use of force violations, arbitrary detentions, including of journalists, and unlawful restrictions on the freedom of movement,” Colville said.