Zimbabwe’s financial services sector has been rocked by so many scandals over the decades. Unfortunately, the impunity persists, and this seems to be so because no meaningful action is being taken against the culprits. 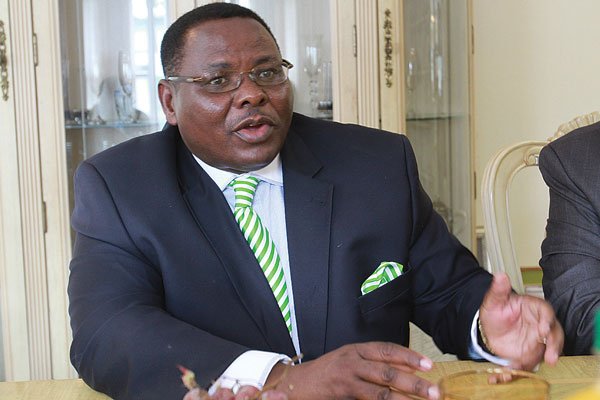 Worse, officialdom is apparently conniving with the culprits and this is in itself is such a sad conversation in Zimbabwe’s governance culture.

There is a worrying tendency in our banking sub-sector in particular. Some “cheeky” investors have tended to think that the best way to make a quick buck is to start a bank and throw the corporate governance book out through the window.

Zimbabwe has a history of banks collapsing due to corporate corruption while involved executives walk away cash-rich and are not prosecuted. In 2003, government created the Deposit Protection Corporation (DPC) whose aim was to ensure that depositors were hedged against unscrupulous activities involving investors licensed by the Reserve Bank of Zimbabwe (RBZ) under the Banking Act (Chapter 24:20).

This followed a glum trend whereby the country’s financial institutions were collapsing as depositors lost their hard-earned cash. Roger Boka was the first black Zimbabwean to operate a commercial bank called United Merchant Bank which was registered in 1995.

The bank went through a tumultuous phase and finally closed after three years due to insider loans. Then there was David Chapfika’s Universal Merchant Bank, which was also licensed in 1995, but struggled due to the negative perceptions generated by the adverse effects of the closure of Boka’s bank.

Chapfika’s bank was eventually taken over by CFX, which in turn ended up being adopted by a group of corporate executives and was renamed Interfin. Interfin was later closed in June 2012 due to a massive hole in its books due to insider loans.

The DPC led a probe of the banking fraud but, up to this date, there is obscurity over what actually transpired and no meaningful or convincing action was taken against the directors and banking executives. Surely this is not justice.

The establishment of the DPC raised hopes that government was committed to dealing with financial services offenders decisively and in the interests of depositors. These individuals are laughing all the way to the bank and have not stopped enjoying the benefits of their pillage. They are now buying properties around the world to protect their “investments” yet those who had their money looted — the depositors— are still smarting from the grand theft they suffered.

It is common knowledge that financial services collapsed in Zimbabwe due to executives, directors, managers and well-connected politicians taking depositors’ funds as insider loans, but never bothered to pay back. This is a typical case of the greedy robbing the poor and doing it with impunity.

In November 2016, the former CEO of DPC, John Chikura, said they were suing former directors of Interfin for $136 million. However, this promise is yet to be fulfilled. Does it mean that even DPC is now compromised and now toothless?

Available evidence shows that the offending banks were making a loads of money. And the prevalent claim that they were using part of their ill-gotten proceeds to bribe legislators, regulators and inspectors to look away is not unreasonable. The involved banking officials were also bribing law enforcers and key government officials.

They also spent part of their loot on marketing, propaganda, PR and trickery to make their financial institutions look good in the public domain. Where in the world would a listed bank collapse yet we have the Reserve Bank of Zimbabwe—a regulator—the Zimbabwe Stock Exchange (ZSE) as an overseer, the Security Exchange Commission of Zimbabwe (SECZ), stockbroking firms, auditing firms and employee unions watching? This means something is very wrong with the systems that are supposed to provide financial checks and balances.

This obvious corporate corruption is harmful not only to depositors, but the economy and our moral fabric as well. No wonder there is so much mistrust of the financial and banking systems in Zimbabwe today. That means something must be done urgently to get rid of the disease, otherwise all the efforts to try and sanitise the financial sector will never yield any desirable results.

The reputation of institutions like the Reserve Bank of Zimbabwe, Zimbabwe Stock Exchange, Securities and Exchange Commission of Zimbabwe and the auditing firms is severely at stake. It is the role of the government to protect the poor because it is they who suffer the harmful effects of corporate corruption most grievously.

Surely, we cannot allow people’s money to continue to disappear. It is the depositors’ money, poor people’s money and justice must prevail. We would like the anti-corruption commission to revisit these cases. From the look of things, DPC is now toothless and seems not to care about the depositors who they are supposed protect.

Jacob Mutisi is a shareholder activist and can be contacted on jmutisi@hotmail.com