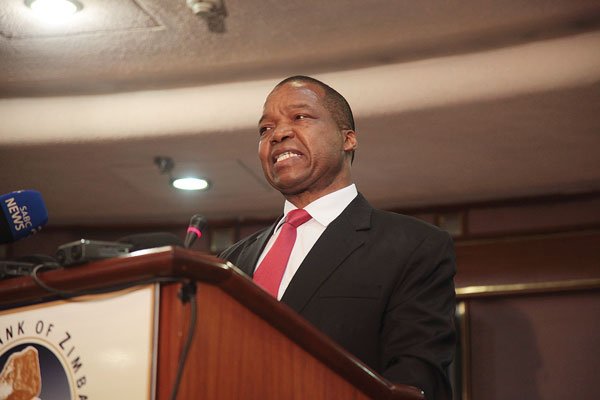 ZIMBABWE’S banking sector remained generally stable and adequately capitalised during the year ended December 2018, but the quality of assets deteriorated as reflected by the increase in the average non-performing loans (NPLs) to total loans ratio, the central bank has revealed.

The country has 19 banking institutions, which include commercial banks, building societies and a savings bank.

Presenting the Monetary Policy Statement on Wednesday, Reserve Bank of Zimbabwe governor John Mangudya said the banking sector’s aggregate core capital had increased by 15,32% to $1,58 billion as at December 31, 2018.

“The banking sector remained adequately capitalised, with average tier one and capital adequacy ratios of 23,84% and 30,27%, respectively,” he said.

Profitability across the sector increased from $241,94 million in the prior year to $389,85 million for the year ended December 2018.

Bank asset quality, however, deteriorated during the period under review, as the sector experienced an increase in the average NPLs to total loans ratio from 5% in the prior year to 8,39% in 2018.

“The increase in NPLs is largely a reflection of forward-looking credit risk management tools adopted by banks in line with the IFRS [International Financial Reporting Standards] 9 accounting standards, resulting in improvement of the banks’ risk controls and provisions coverage,” Mangudya said.

Total banking deposits increased to $10,32 billion from $8,48 billion in the comparative year.

Demand deposits largely funded the sector, accounting for 64,94% of total deposits as at December 31, 2018.