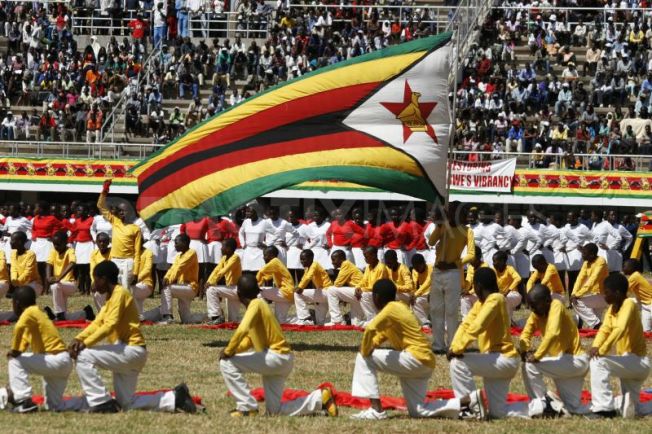 After a short time away I was travelling home on Zimbabwe’s 41st Independence Day. It had been a long journey, over 1650 kilometres, filled with images of life in our country that seem to have come from another era, a place where time has stood still and there is little sign of the 21st century or of development 41 years after Independence.

Zig-zagging, swerving and often having to come to a complete stop I navigated roads in south Zimbabwe that were a maze of churned up dried mud, gullies almost knee deep, treacherous pot holes and dusty tracks running alongside main roads which are now impassable. Travelling at forty kilometres an hour was a luxury, fifteen kilometres an hour was the norm and in a few places donkey carts were going faster than me!

Cattle, goats, pigs and occasionally even sheep and turkeys have right of way here and you yield to them as they are the lifeblood to people living in such harsh conditions. Donkey carts are the main form of transport here. They carry people, food, firewood and grain. Donkey carts are also the main way for sick people to get to far away clinics, they lie in the back covered in blankets, coated with dust, bumping, shaking and banging over gullies, dips and pot holes.

Maize (corn) is stacked in stooks in some fields while in others the reaped cobs are drying in cribs and raised stands or just on top of roofs. Stands of sorghum with deep chocolate brown seed heads bulging with ripening grain are inspected by small flocks of Quelea birds, no doubt soon to be joined by thousands of others waiting to come and feast when the grain is ready.

Vast, wide rivers are still flowing a month after the last rains of the season. On many smaller rivers the bridges are in a treacherous state: surfaces eroded, edges broken away, steep approaches at one side, deep trenches at the other. At almost all the rivers a mass of high water debris has accumulated: whole trees, branches, sticks, reeds and litter carried downstream by flood water now choking the watercourses and completely clogging the bridge culverts. In every river clothes are being washed, kids are splashing and bathing and laundry lays draped over rocks and bushes to get dry in the sun.

The toil of daily life is evident everywhere: kids herding cattle; pots and dishes upside down, drying on racks in the sun; women carrying twenty litre containers of water on their heads or long branches of firewood tied together with strips of cloth or bark; children turning handles wound with rope lowering buckets up and down into wells filling lines of empty buckets; teenagers making bricks, chopping wood, driving donkey carts.

And despite the hardship and toil, you feel welcome everywhere as children call out “how are you,” and people everywhere wave, smile, lift a hand and give you endless directions if you stop to ask the way. Directions that include: past the Boabab tree, across the river at the broken bridge, turn right at the bottle store!

In this forgotten land here in rural Zimbabwe, you wonder how long it will be before the news (or its impact on our lives) filters down that while the cattle were being herded and clothes being washed in the river, in Harare the National Assembly passed the Constitutional Amendment Bill No 2, allowing the President to appoint judges without public scrutiny, extend their terms of office past retirement age, remove the VPs running mate requirement and appoint seven unelected ministers.

Oh Zimbabwe, from donkey carts and baobab trees to power and control, this is our country 41 years after Independence.  Until next time, thanks for reading this Letter From Zimbabwe, now in its 21st year, and my books about life in Zimbabwe, a country in waiting, love cathy 23rd April 2021. Copyright © Cathy Buckle.  http://cathybuckle.co.zw/
For information on my books about life in Zimbabwe and my Beautiful Zimbabwe 2021 calendar please visit my website http://cathybuckle.co.zw/books/