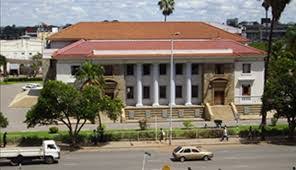 A VICIOUS battle to control Harare City Council has emerged between suspended town clerk Hosiah Chisango and Zvenyika Chawatama, who was occupying the role on an acting basis following the arrest of the former over an alleged residential land allocation scandal.

This effectively means that Harare City has two town clerks who are issuing suspensions and counter-suspensions on other top officials in a messy internal council fight.

Chisango recently suspended Chawatama on numerous occasions over a range of charges.

Chawatama, a substantive director of works operating from Cleveland House, unearthed the alleged stand allocation irregularities in Kuwadzana which led to the arrest of Chisango.

The factional fight has been ongoing for several months amid revelations that Chisango also investigated Chawatama.

Documents show that on October 6, 2020, council compiled “minutes of a meeting of investigations into alleged misconduct by the director of works (DOW)”.

Chisango wrote; “Reference is made to the above matter and the audit committee meeting held on 18 February 2020 wherein you were reported to have drawn excess fuel without the requisite authority. You are hereby given a written warning for committing an act of misconduct.”

In turn, Chawatama denied the allegations.

“Sir, I await the opportunity for a fair hearing in line with the dictates of natural principles of justice,” he hit back.

Council minutes dated October 6, 2020, indicate that Chawatama was accused of “delaying to utilise Zinara funds leading to loss of value to Council, abusing fuel and a lethargic approach in implementing projects”.

Subsequently, on September 8, 2020, Chisango wrote to Chawatama, suspending him “without pay and benefits pending investigations and possible disciplinary hearing.”

“Your suspension is meant to facilitate the conducting of the investigations which should be free of undue influence and/or interference by yourself given your senior position as the Director of Works. After the investigations, a disciplinary hearing may be conducted against you if the alleged acts of misconduct are found to be true.”

But Chawatama fought back, resulting in Chisango rescinding the suspension.

“Upon careful consideration of your letter dated 10 August 2020, and obtaining legal advice, I acknowledge that there was indeed a procedural irregularity in the warning given to you. For that reason, I hereby withdraw that letter and, on that basis, it is no longer of any force or effect.

“Should it become necessary, you will be notified in due course regarding the conclusion on the matter.”

The protagonists both declined to comment on the raging battle.

Chawatama refused to discuss the matter saying, “a lot is going on in Harare”. Chisango said, “I am not going to comment.”

The fight between Chisango and Chawatama has been going on since 2019 after the former suspended his workmate on October 14, 2019.

“It has come to my attention that your department is facing some operational challenges that have necessitated an investigation in order to establish the facts on the ground. For purposes of transparency, it is necessary that you be given absence of leave to pave way for this investigation.

“You are, therefore, instructed to proceed on leave for 45 days with effect from Tuesday 15 October 2019. Meanwhile, you are directed not to report at your workstation to pave way for the smooth flow of the investigations during the same period, unless at my request or any other official delegated by my office,” reads part of Chisango’s letter.

As the council bosses are locking horns in a fight, the Zimbabwe Revenue Authority (Zimra) has garnished the local authority’s bank accounts over unpaid taxes amounting to $115 million (US$1, 4 million).

Council desperately tried in vain to recover ZW$46 million that was garnished by Zimra.

“You are hereby suspended for 30 working days with pay and benefits with effect from 13 January 2021 in order to facilitate investigations and possible hearing into allegations being levelled against yourself,” reads the letter.