B/bridge gets over $14m for infrastructure upgrade 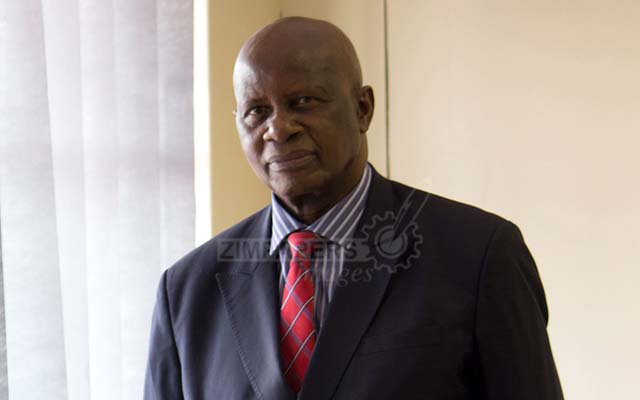 Source: B/bridge gets over $14m for infrastructure upgrade | The Herald January 9, 2018

Thupeyo Muleya Beitbridge Bureau
Beitbridge residents have applauded Government for availing more than $14 million to resuscitate infrastructure in the border town. The Minister of Finance and Economic Planning Cde Patrick Chinamasa announced during his 2018 National Budget presentation that infrastructure development was critical in modernising the border post.

Minister Chinamasa said a total of $4,2 million would be spent on relocating the Vehicle Inspectorate Department (VID) from the border.
“Another $1,2 million is committed to constructing a modern border control building and $2,3 million is earmarked for refurbishing sewer and water reticulation facilities at Beitbridge,” he said.

“In addition, $4 million is allocated towards construction of institutional flats to accommodate Government workers at the border post.” Minister Chinamasa said $2,3 million would be spent on separating traffic lanes into commercial, buses, private motorists and pedestrians.

He said the upgrading of the border post would address issues of congestion and delays at the port of entry, which have seen Government losing potential revenue annually.

In various interviews recently, stakeholders in Beitbridge said the upgrading of the border post was long overdue. A customs official, who preferred anonymity, urged Government to construct a laboratory, proper State warehouses and acquire more mobile scanners to speed up the clearance of commercial cargo at the border.

“It is also critical that the border parameter is set according to international standards, where we have two fences with razor wire as is the situation with South Africa,” he said.

The official said accommodation for civil servants would attract more skilled workers to Beitbridge. Most Government departments are operating with low-level staff due to accommodation shortages. The Zimbabwe Revenue Authority is operating with 327 officers against a requirement of 436, while the Department of Immigration is operating with 46 staffers against an establishment of 100. Assistant regional immigration officer in charge of Beitbridge Mr Notius Tarisai said the development was welcome to ease perennial infrastructural challenges.

“In that same vein, we need to streamline departments and operations as we seek to realise the ease-of-doing-business dream,” he said.

“Zinara can be moved from the main immigration building to the entry and exit gates.

“This would help de-congest the border as only bona-fide motorists shall be allowed passage into the border area.” Mr Tarisai said registration of newly imported vehicles should be moved from the border to another location to minimise the volume of unnecessary vehicular traffic in the area.

“Other than ensuring a smooth flow of travellers, local businesses, including hotels and tourism, will benefit from the increased traffic volumes,” he said. Beitbridge Business Association chairperson Mr Nkululeko Milidi said the border upgrade programme created a lot of business opportunities for their members.

“Construction works will create opportunities for some of our members and employment for the local residents. A modern and organised port of entry is a good conduit for international trade and we are looking forward to the success of the project,” he said.