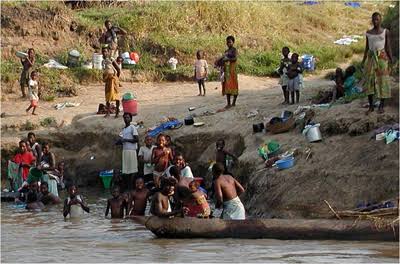 Local Government minister July Moyo initially suspended Siampolomba on December 9, 2019, but lifted the suspension on January 31 this year. He sanctioned him again on March 17.

“Siampolomba was suspended for alleged gross misconduct in terms of section 157 of the Rural District Council Act (Chapter 20:13),” a civic group, Citizen Watch, said.
“The allegations levelled against Siampolomba involved double-dipping, unprocedural use of the council logo (letterhead), use of council guest house without paying while conducting council business and unilateral stopping of a scheduled BRDC human resources committee meeting.”
In a letter dated December 23, 2019, Siampolomba refuted the allegations, saying that in terms of section 278 of the Constitution of Zimbabwe amendment No 20 and section 157 of Rural District Council Act(chapter 29.13), the minister had bungled the case. On January 31, Moyo lifted the December suspension.

“Further to your suspension dated December 9, 2019, I thereby lift your suspension with immediate effect. All benefits withheld, if any, can be paid. Please note that the lifting of the suspension does not exonerate you from allegations of gross misconduct and abuse of office levelled against you,” the letter read.

On March 17, Siampolomba received another suspension letter from Moyo.

“Pursuant to the investigation into allegations of gross misconduct and abuse of office and subsequent submission of a report to my office, I, hereby, suspend you from the office of council chairperson of BRDC with effect from the day of receipt of this letter.
Your suspension is in terms of section 157(2) of the Local Governance Laws Amendment Act of 2016,” Moyo said.

“You claimed transport allowances from council on December 1 and 23, 2018 while proceeding to use a council vehicle on both occasions. You unilaterally stopped the holding of a scheduled human resource meeting which had a council resolution.”

The letter accused Siampolomba of unprocedural use of a council logo in an unlawful correspondence to the chief executive and in the writing of supposed council minutes.

“You used the council guest house despite not being on council business, thereby prejudicing the council the sum of US$70,” read the letter.

“In any case, some of the allegations levelled against Siampolomba do not only expose the incompetence of the BRDC CEO [chief executive officer], but also implicate him for failing to pay due diligence as the ultimate accounting officer for BRDC,” the civic group said.