Bingo’s History and Popularity in Africa 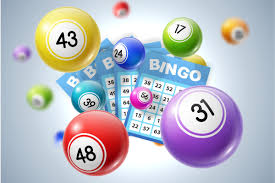 A friendly game often played among a group of friends, Bingo brings people and communities together.

Its origins are uncertain, but most research points to Italy as the founding land of the game in the 16th century. It is believed it was a branch off of another game of probability, the Italian lottery, Il Gioco del Lotto d’Italia.

Bingo then branched into the United Kingdom, France and the rest of Europe throughout the 18th century. It was mostly played by merchants and farmers, and the rewards were often everyday items, such as food and other consumables.

Played more often in villages than in rural areas, bingo at the time was a popular game on holidays. It allowed people to socialise with each other and get to know each other better, similar to today.

The game, which was initially played by the middle-class population, was then reserved for the elite of society. Bingo took on a whole new dimension; the game got tough with the invention of new rules and principles. Later came the emergence of bingo grids.

Several renowned American mathematicians once again allowed this entertainment to take on a new dimension. This is where the original expression “Bingo” was used in the United States, meaning “to hit the target”.

During World War II, American fighter pilots used this expression when they managed to destroy an enemy aircraft. From then on, Bingo began to spread throughout the United States.

It became a real family entertainment, group, and several organisations understood the virtues of this game. Sunday sessions at church followed, with the funds collected being used to maintain the churches.

In some North American companies, the game was also played between family and co-workers to entertain the children.

Following the introduction of the Betting and Gaming Act 1960 on 1 January 1961 saw large cash-prizes legalised and the launch of Mecca Bingo in the United Kingdom. This brand had a large chain of halls and introduced bingo into 60 of them.

New bingo halls were popping up every year from 1961 until 2005, following the growth of online gaming. Today, more bingo halls close than open.

That’s because online bingo is huge, with numerous sites dedicated to them. Whilst Mecca Bingo have their own popular website, other companies such as 888 Ladies Online Bingo have not only caught up with them but overtaken them in popularity.

Technology has not only allowed for bingo to grow in the United Kingdom and Europe, but worldwide. Today, the game is easily accessible on smartphone devices, with the majority of bingo companies having a mobile app for their games.

This allows players to download the app and access the games from wherever they are, provided they have a WiFi connection and are over the legal gambling age in their country.

Bingo has also proven popular and seen a growth in many African countries over the recent years thanks to the internet and mobile gaming in particular. As of today, there are more than 40 casinos operating in South Africa alone, with more than 38,000 slots on offer.

Bingo is not the only beneficiary of the advancements in technology in Africa in recent years, but sports betting has also seen a huge growth, with the likes of Play Ojo and SportPesa branching out from Nigeria and Tanzania respectively into countries including the United Kingdom and USA.

Although many African football leagues don’t get much coverage outside of their own country and certainly not outside the continent, fans often follow their favourite players abroad, mostly in the major leagues, such as the English Premier League and Spanish La Liga.

Samuel Eto’o was one of the most successful African players in Europe – moving to Real Madrid as a teenager before establishing himself for rivals FC Barcelona between 2004-09. Eto’o would go on to play for Internazionale and Chelsea among many other teams in Europe, before finishing his career with Qatar SC.

Several stars have followed in Eto’o’s footsteps over the years, with former Ivory Coast star Didier Drogba now considered one of the Chelsea’s greatest ever players, which included scoring the final penalty in the 2014 UEFA Champions League final win over Bayern Munich.

Today, Mohamed Salah, Pierre-Emerick Aubameyang and Sadio Mane are three of the best players in world football, all from Africa.

Online sports betting in Africa is worth billions of pounds annually. The boom has been created by faster internet, cheaper phones and a love of football.

Live English Premier League games are of great popularity throughout the continent and in-play betting is available to fans on their smartphones. Kenya is one of the most popular countries for sports betting in Africa.

However, African countries have not been great supporters of gambling previously, though this hasn’t stopped African citizens from enjoying it. In recent years, governments have introduced gambling licenses and laws in order to prevent illegal gambling.

The National Gambling Act was unveiled in 2004, coming into effect on the November 1 2004. The main objective of this act was to handle the coordination of all legislative competence on matters that are related to racing, casinos, wagering, and gambling.

The sports betting market was believed to be valued at $85 billion in 2019 and projected to witness further considerable growth in the coming years. This isn’t just because of the availability of the internet growing, and cheap phones more prominent, but the popularity and advertising continues to grow.

What’s more, numerous countries continue to begin legalising gambling. The United States has always played with caution, but more and more states continue to legalise some forms of gambling. In July 2018, Japanese lawmakers approved a bill that officially allows casinos in the country, with vendors allowed to compete for the rights to open a large casino in the cities of Tokyo, Yokohama and Osaka.