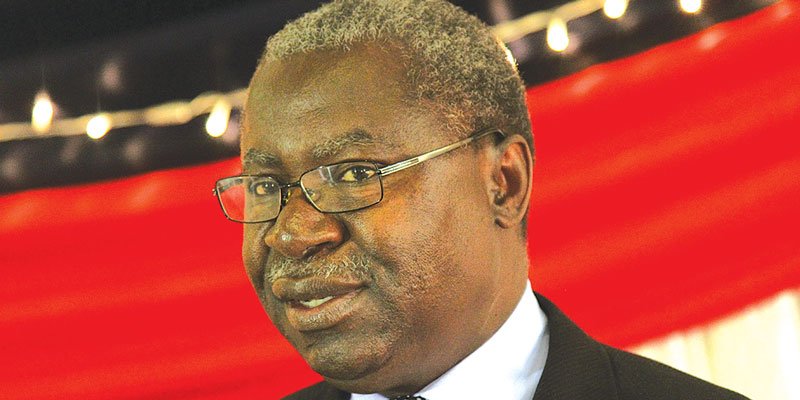 The long fuel queues being experienced across the country coupled with shortages of critical energy needs like electricity indicate mammoth challenges facing Zimbabwe, despite the abundance of alternative energy options available.

The bane of not only facing biting fuel shortages and other energy needs has been quite nauseating for many locals.

According to bio-energy experts, the country has abundant reserves of resources to process, for instance, oils from seeds such as jatropha, sunflower, cotton, soyabeans, as well as vegetables to produce bio-diesel, alleviating or even eradicating these unnecessary queues being currently experienced.

They contend that one tonne of seed oil is required to produce up to 300 litres of bio-diesel. So why not get agriculture into the energy agenda?

Another step is to utilise and exploit sustainably biomass plantations of wood for local gasification and production of commercial fuels, largely for transportation of goods and people.

Under the ‘Renewables — Intensive Global Energy Scenario’ project of the United Nations (UN) Development Programme, one third of Africa’s fuel needs in 2025 could be met by locally produced biofuels, using largely marginal land and with a minimal ”food or fuel” conflict about land.

“In bio-fuels, here lies an area for ecological debate and, perhaps, a business opportunity for urban and rural entrepreneurs,” an agri-business development specialist Norah Samupunga said.

“Change is needed in macro-economic policy because energy requirements of sub-Saharan agriculture, including Zimbabwe, could triple by 2020.”

However, she added that it was still a tall order that required macro-policy initiatives at national and regional levels because agriculture is not part of the mindset of most energy planners.

In most developing countries, agriculture accounts for less than 4,5% of energy consumption. It is barely visible on the ”energy balance sheet”, according to Zimbabwe Environment Regional Organisation’s alternative-energy policy analyst, Wellington Madumira.

“Undoubtedly its potential as a supplier of bioenergy will earn more attention. A policy text on renewable energy adopted by the joint a`ssembly of the European Union and the African Union in Abuja recently, emphasised the key role of energy in development strategies.”

Another energy expert, Johannes Chigwada, asked: “Do we really need to embrace talk of some western energy companies beaming concentrated solar energy power from space to collector panels, often in developing countries, for transmission to the world’s cities and towns, while we have lots of viable options and many of them lying idle and redundant?”

One of Zimbabwe’s major bio-diesel plants, built about 12 years ago, to help solve fuel challenges, has since become a white elephant due to limited or no supply at all of raw materials, despite public pronouncements that the jatropha programme has been revived, but without a technical partner.

Standing as one of the country’s major investments in the post-independence era, the Mt Hampden plant, situated about 15 km north-west of the capital, is the first of its kind in Africa and has a capacity of producing up to 100 million litres of bio-diesel when fully integrated and supported by sufficient feedstock.

The plant, the brainchild of joint efforts between the Reserve Bank of Zimbabwe and some Korean investors, was also intended to process oils from seeds such as soyabeans, cotton, sunflower as well as vegetables to produce bio-diesel.

Former Energy and Power Development secretary, Partson Mbiriri, recently told the Parliamentary Portfolio Committee on Energy that the jatropha project was now back on track.

“The programme is now certainly well underway. I don’t have timelines (of when the project would be completed). It has taken time for people to accept the reality that the programme is back,” he said.

“The programme has been re-introduced and it’s running. Biodiesel is being delivered as we speak. It will take some time, we are looking for a technical partner to embolden the programme so that we produce adequate quantities of biodiesel.”

The biodiesel is being produced by Finealt Engineering, a government biodiesel processing firm. It is already delivering biodiesel to the National Oil and Infrastructure Company (, although the quantities could not be immediately ascertained, Mbiriri said.

However, he conceded that the quantities do not match expectations mainly because people are now reluctant to jump back on the jatropha programme due to past “political experiences” during the tenure of the Government of National Unity.

He noted that government remains interested in the jatropha programme because it dovetails with the national biofuels policy, which seeks to make it mandatory for diesel to be blended with biodiesel by 2020.

The policy also dictates that biodiesel should contribute up to 2% of the country’s diesel requirements. Currently, the country is consuming 2,6 million litres of diesel per day, implying that biodiesel would be contributing 78 000 litres.

A senior official from the Forestry Commission who spoke on condition of anonymity said a lesson learned from the previous arrangement is that there was need for better organisation in the revived jatropha scheme with the assistance of a professional, who will provide support through training and technical information.

“It costs about US$650 000 to establish a 250-hectare estate for feedstock production. During the establishment of a jatropha plantation, inter-cropping will be done to recover or reduce costs,” he said.

“There is no real alternative to making greater and more efficient energy inputs than investing in growing crops such as jatropha and soyabeans,” he said.

Analysts said the government should take a more serious approach to the issue in view of the global guidelines for sustainable energy policies drawn up by the UN Commission on sustainable development whose agenda includes diversification of energy sources to eradicate biting fuel shortages and boost security of electricity supply in urban and rural areas.