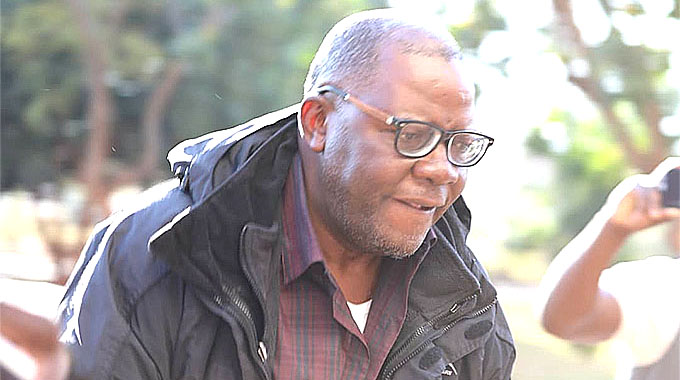 Anesu Madiye Herald Reporter
MDC-Alliance politician Tendai Biti, who is facing charges of inciting violence and violating the Electoral Act, yesterday successfully applied for the cancellation of his bail reporting conditions. Biti, through his lawyer Mr Alec Muchadehama made an application for the cancellation of reporting conditions arguing they were not serving any purpose.

“Your worship the accused has been showing up for his routine remand religiously.
“The State already has his passport and title deeds to one of his properties therefore may the reporting conditions be cancelled as they serve no purpose so that the accused may have the opportunity to exercise his right and live a semi normal life,” he said.

The State, represented by Mr Michael Reza, opposed the application.
Mr Reza argued the reporting conditions ensured that Mr Biti does not abscond trial.
“Your worship, Mr Biti had initially been told that he had to report twice a week at the CID and the conditions were relaxed to the point of him reporting once every Friday.

“This was a way for us as the State to ensure that he abides by the rules of the court to show up for his routine remand. Therefore, if the reporting conditions are scrapped off the State will lose that assurance,” he said.

The presiding magistrate Mr Elisha Singano ruled that there was no genuine reason why Biti should continue reporting to the police when the State is in possession of his passport and one of his properties.

“Therefore the reporting conditions have been cancelled,” he said.
Mr Muchadehama also informed the court that Biti would be making an application for refusal of further remand if the State does not provide a trial date on the next remand date.

He was remanded to October 17.
Biti, who is also Harare East National Assembly member, is facing charges of inciting violence and contravening Section 66A (1) of the Electoral Act Chapter 2:13, which prohibits the unofficial or false declaration of election results.

He is alleged to have unlawfully declared opposition party leader Mr Nelson Chamisa as the winner of the presidential election held on July 30.