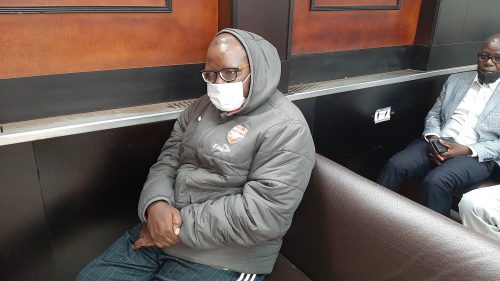 MDC Alliance vice president Tendai Biti says a report by a daily publication earlier on Monday that Harare magistrate Chido Garwe has issued a warrant of arrest against him shows the depth of “State Capture” in Zimbabwe.

Biti, who is accused of insulting Russian investor Tatiana Aleshina, was today issued a warrant of arrest for allegedly failing to appear in court.

In a post on Twitter, Biti said he was in court “the whole day”, and Magistrate Stanford Mambanje has since cancelled the warrant.

What perplexed the former Finance Minister was that The Herald reported about the warrant when it was yet to be issued. Said Biti:

Despite the fact that I was at court by 8.30 AM, State Prosecutor Micheal Reza applied for a warrant of arrest against me in my ongoing persecution engineered by land baron Ken Sharpe.

This was a prepaid warrant as the @HeraldZimbabwe was reporting on the same before its issuance.

In cancelling the Warrant, Magistrate Stanford Mambanje was critical of State position and State lies.

It is quite clear the extent of State Capture and the desperate attempt to silence critical alternative voices. We have never been cowards. We never yielded on matters of principle.

Our struggle is just one. Our struggle is a pure one, is for a just free democratic open Zim in which every citizen will live a happy prosperous life.

Neither Mnangagwa nor his political commissars masquerading as prosecutors will stop wheels of change. A new Zim is beckoning.