Biti deportation strains ties between US and Zambia 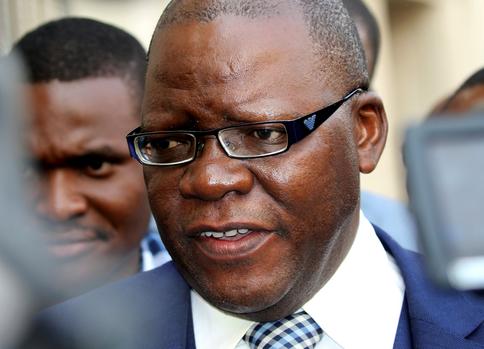 Zambia appears to have ruffled diplomatic ties with the United States after it handed over MDC leader Tendai Biti to Zimbabwean authorities.

Johannesburg – Zambia appears to have ruffled diplomatic ties  with the United States after it handed over Zimbabwean opposition  politician, Tendai Biti, to his country’s authorities in the face of a  reported Zambian court order blocking his expulsion.
The US Department of State confirmed the government of Donald Trump was “reviewing certain aspects” of cooperation with Zambia following the  Southern Africa country’s defiance of the court order.  The Department advises the president and represents the country in  international affairs and foreign policy issues.
Department spokesperson  Heather Nauert said Zambia’s decision was “disheartening” given the courage Zambia showed in sheltering thousands of Zimbabwean freedom fighters from Rhodesian aggression in the days of the independence struggle.
“We will be discussing this matter with Zambia’s leaders and reviewing  certain aspects of our cooperation with the Zambian government,” Nauert
said.
Biti has been arrested and later released on bail for allegedly inciting  public violence during the just-ended polls in Zimbabwe.
Biti had declared Movement for Democratic Change (MDC) Alliance leader,  Nelson Chamisa, won the poll ahead of incumbent , Emmerson Mnangagwa. The oppositionclaims the Zimbabwe Electoral Commission (ZEC) rigged the  outcome.  The military killed at least six people in protests while a crackdown  against opposition activists has ensued.
Nauert said the US was “gravely concerned” by “credible” reports of  numerous detentions, beatings, and other abuses of Zimbabweans over the
past week, particularly targeting opposition activists.  “There should be no role for violence, intimidation, or harassment in the new Zimbabwe,” she said.
Nauert said Mnangagwa’s government was now responsible for Biti’s safety  and welfare.  “In Washington, the United States has convoked the ambassadors of both Zimbabwe and Zambia to register our gravest concerns.”