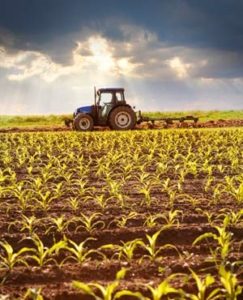 Two years ago, a black Zimbabwean farmer saw a white farmer thrown off land by a violent mob. Now the two work together in a partnership that they say could be a model to save the country’s ruined agricultural sector.

Pieter Gertenbach, a fourth-generation white Zimbabwean, was evicted twice – once in 2004 from his family farm and again in 2016 when he was working on a farm in Arcturus, a fertile region in Mashonaland East province.

Gary Shoko, a black Zimbabwean who bought land in Arcturus more than 20 years ago, had an idea.

“Here was a neighbour who had just been kicked out of a farm and (I thought) maybe we can assist – because I see an opportunity to collaborate,” Shoko told AFP, sitting on his veranda at the 81-hectare farm.

“I said to him ‘Why don’t we work together? I have got land and you have got the skills. So we probably can both meet our aspirations.'”

Last year, the pair registered a company in which they are equal partners and started growing vegetables, corn and wheat, as well as rearing chickens, currently employing 38 workers.

Starting in 2000, thousands of white Zimbabwean farmers were forced off their land by violent state-backed mobs or evicted in dubious legal judgements, supposedly to help black people marginalised under British colonial rule.

The farms, however, were often allocated to president Robert Mugabe’s allies and fell into ruin, leaving tens of thousands of rural labourers out of work and sending the economy into a tailspin as food production crashed.

“Land reform per se, I have got no problem with,” said Gertenbach, standing in front of crates of freshly-harvested tomatoes.

“It was necessary (but) the way it was done – I have my questions about that… we plummeted as a country. There were errors.”

After fleeing his family’s farm when it was invaded in 2004, Gertenbach later found work on a thriving vegetable farm in Arcturus – but that was seized in 2016 by a man who claimed he had government permission.

Two minibus loads of people descended on the farm, brutally attacked the black farmworkers, and threw everyone off.

Shoko and Gertenbach believe the sudden fall of Mugabe in November after 37 years in power offers new hope to Zimbabwe’s once booming agriculture sector, which is key to reviving the country’s moribund economy.

Mugabe’s successor, Emmerson Mnangagwa, a veteran of the ruling Zanu-PF party, has said he will not to reverse the land seizures.

But he has vowed some compensation will be paid and said that white farmers should be encouraged to return to the land by renting rather than owning farms.

“Invasions is a thing of the past. The rule of law must now apply,” Mnangagwa told a group of white Zimbabweans invited to special pre-election address last weekend.

Mnangagwa and Zanu-PF face a historic general election on Monday, taking on the main opposition MDC party led by Nelson Chamisa in Zimbabwe’s first vote without Mugabe since the country’s independence from Britain in 1980.

‘We need each other’

“When we started… it was not fashionable to go into partnership, particularly with white commercial farmers,” said Shoko, 61, a former banker who is now bursar at a state university.

“There was this animosity (but) I’m pleased that under the new dispensation we can be honest with each other and say ‘Look, we need each other, we belong together – whites and blacks’.

“I’m aware that there are a lot of people like me who may not have that depth of experience that you require to be able to optimally utilise land.”

Their joint project has not been easy.

The farm lost much of its cabbage crop in floods earlier this year and they are urgently seeking finance as they struggle to pay salaries to workers, some of whom came with Gertenbach from the previous farm.

The two partners say the government is encouraging others to follow their lead, and add that their shared Christian faith helps them to bridge the many sensitive racial and historical divides brought up by the issue of land in Zimbabwe.

“I believe God let it happened, so we can start seeing how we must work together and not work for our own benefit only,” said Gertenbach, 63, who says many white farmers had turned their properties into “little kingdoms”.

“There was no respect for fellow people. We have got to change our attitude towards each other, we must respect each other for who we are.”