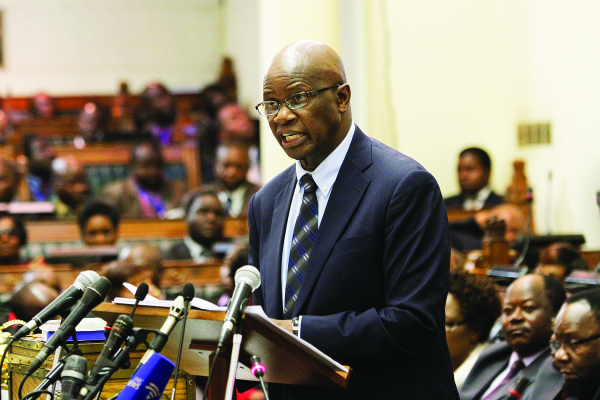 Zanu PF acting spokesperson Patrick Chinamasa has told the MDC to blame its founding leader the late Morgan Tsvangirai for the chaos in the opposition party.

Tsvangirai appointed Nelson Chamisa as vice-president in 2016, leading to his eventual rise to lead the party, a move the Supreme Court ruled was illegal on March 30 this year.

The court declared Thokozani Khupe the interim leader of the opposition and ordered her to organise an extraordinary congress within three months. This was despite Chamisa and Khupe contesting the 2018 elections under two different parties.

The MDC Alliance, however, accuses Zanu PF of using state institutions to destabilise the opposition and to force Chamisa to legitimise Mnangagwa’s presidency.

He added: “The MDC took each other to court, to the [second] highest court and the court pronounced that what the late Tsvangirai had done was illegal. So what is happening now is to correct and align the MDC to the rule of law.