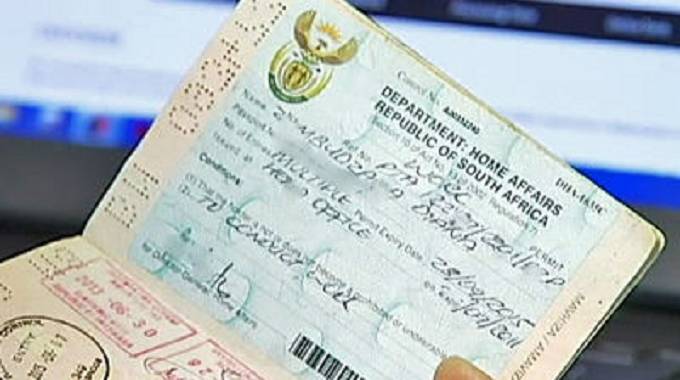 ZIMBABWE Exemption Permits (ZEP) holders in South Africa reportedly suffered a major blow on Tuesday when the High Court in Pretoria struck their two applications off the roll of urgent matters.

Desperate ZEP holders made the urgent court applications to overturn the decision taken by the neighbouring country’s Home Affairs minister Aaron Motsoaledi not to renew the permits which expire today.

The South African cabinet last month resolved not to renew the permits, asking the ZEP holders to apply for a special visa regime or face deportation at the expiry of the 12-month grace period in December next year in the event that their applications are rejected.

Various human rights and civic groups have been lobbying President Cyril Ramaphosa’s government to reverse its decision, describing the cabinet resolution as a human rights abuse.

Pretoria gave the permit holders until December 31, 2022 to regularise their immigration status or face deportation.

In both applications, the permit holders wanted the court to order the Department of Home Affairs to stop implementing the decision until the matter has been finalised by the courts.

In a statement, government said: “The minister and department rigorously defended both applications and argued that the applicants in both matters failed to comply with the practice manual and directives and lack of urgency.

“In the matter of Bongani Nyathi, Gaston Ngulube and Njabulo Ncube, the court ordered the applicants to pay the minister and department’s costs.”

Said Motsoaledi: “We are determined to defend any spurious court actions aimed at undermining the lawful and reasonable decision which I took in my capacity as the minister of the department. We are doing this while we acknowledge the rights of individuals and groups to approach the courts to seek remedies if they feel aggrieved.

“It is common cause that there are many other groupings who are poised to take on review the decision on ZEP in the courts of law in the New Year. And as a result, the department will defend the lawful, rational and reasonable decision taken in my capacity as the minister of the department.”

“Firstly, the High Court did not dismiss any urgent application regarding the ZEP. That is false news. The application was not even heard by the court because of various reasons including the fact that the minister’s lawyers said that they were not served,” he said.

“The case before the court had nothing to do with the reversal of the ZEP. It was to assert the rights of ZEP holders during the 12-month grace period.”

Chitando said the main case about the ZEP rights to residency shall not be heard on the urgent roll, but would be on the ordinary roll in the fullness of time.

“All that happened was that the case was not considered because of various technical reasons, including the allegation that the minister was not properly served during the festive season,” he said.

At the beginning of the programme 12 years ago, 300 000 people applied for the Dispensation of Zimbabwean Permit, which provided for the documentation of qualifying Zimbabweans for a five-year period.

Pretoria then renewed them under the Zimbabwean Special Dispensation permit in 2014.

Over three million Zimbabweans are believed to be in South Africa, a huge number being undocumented.

Most of those in the neighbouring country are believed to have fled economic collapse and political persecution in Zimbabwe in the past two decades.