‘Bogus DNA experts on the prowl’ 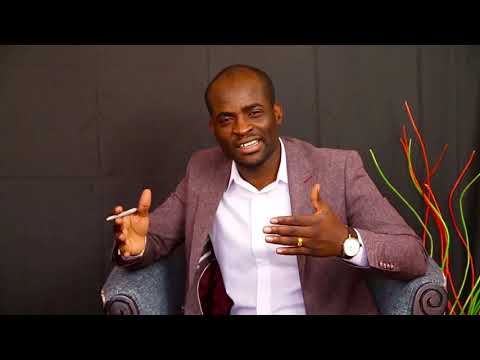 THE Medical Laboratory and Clinical Scientists Council of Zimbabwe (MLCSCZ) has described two companies that have been offering paternity tests and broadcasting the results on radio and television as bogus, warning people against falling prey to the con-artists.

The regulatory body red-flagged — Global DNA Zimbabwe and Expedite DNA Zimbabwe — saying they were only registered as DNA collection sites and not authorised to conduct the actual tests.

The MLCSCZ said the companies were neither professionally qualified nor competent to issue those test results with the participation of radio personality Tilder Moyo.

The weekly programmes have gained popularity among ordinary Zimbabweans for exposing infidelity among couples.

But yesterday, the MLSCZ in a statement discouraged Zimbabweans from falling prey to the two firms.

The body said health professional bodies had a code of conduct which barred members from divulging, either orally or in writing, any information concerning a patient/client test result to third parties except where so required by law.

“Mr Tinashe Mugabe of Global DNA of The Closure DNA Show and Jane of Expedite DNA Zimbabwe Tilder Live Zim Show are not registered members of the Medical Laboratory and Clinical Scientists Council of Zimbabwe or sister Health Professional Councils in Zimbabwe.

“Mr Tinashe Mugabe and Jane are neither professionally qualified nor competent to issue those test results. Therefore, the MLCSCZ condemns such unethical practices on the poor and the marginalised population by Global DNA Zimbabwe and Expedite DNA Zimbabwe.”

The statement came at a time when a video by Australian broadcaster, Sunday Night has gone viral in which Mugabe was in 2019 accused of producing defective paternity results to a Zimbabwean-born Australian, who went missing at birth in 1983 and wanted to reunite with her family.

In an interview with NewsDay Weekender on Thursday before the MLCSCZ statement, Mugabe said: “DNA testing is not new, it is even mandatory in some countries. People need to be educated about DNA testing so that they learn. We have created platforms meant to educate people who come for DNA testing.

“The reason why many people come for DNA testing is because they seek peace of mind. We have noted that there are more negative than positive results, meaning there are many alleged fathers who don’t have a biological relationship with the tested child.”

Earlier in the week, Zimbabweans rapped the public disclosure of DNA paternity test results through broadcasting, saying the practice was alien to the local culture and inconsiderate to the affected children.

“DNA testing is good, but not for public consumption,” Chisamba said.

“We should consider the psychological factors that can affect the child after he or she discovers that there is no biological relationship with the alleged father. We are destroying the child, forgetting that they should face the public after they are exposed on social media.”

She said although infidelity was bad and destroying families, DNA tests should be done in private to protect the image of the family.

Institute for Young Women’s Development knowledge management, documentation and advocacy co-ordinator Tinotenda Chihera said in as much as the Global DNA Zimbabwe was applauded, they should first consider the best interests of the child as per the Constitution.

“I am not against what Tinashe Mugabe is doing. Yes, infidelity is never a good act, but we should protect the image of the innocent children,” Chihera said.

National Peace and Reconciliation Commission (NPRC) spokesperson Obert Gutu said no one should be in a position to give conclusions on such an issue before the topic has been fully debated, discussed and ventilated by the various stakeholders.

Padare Men’s Forum on Gender national director Walter Vengesai said DNA testing should be structured in a way that does not harm those who chose to be tested.

“It may be very important for people to know their biological test results, but above all people’s rights should be considered. No one should suffer psychologically whenever there is a development process in society. DNA should, therefore, do more good than harm in society.”

Human rights lawyer Nyasha Machirori said people were much concerned with exposing infidelity and adultery on social media, but forgetting that the programme was damaging the image of children.

“It is important for children to know their correct heritage, but this should be done in a way that does not harm them,” Machirori said.

The manner in which the DNA results are disclosed brutalised children, she said.