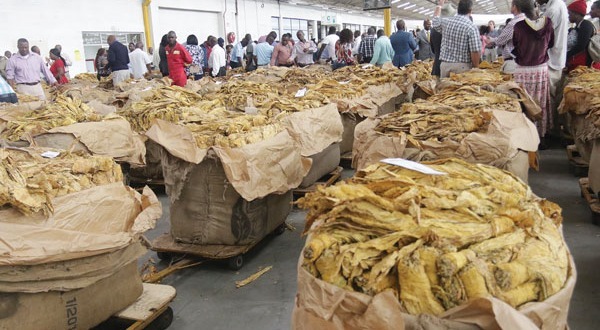 Innovation by tobacco giant, Philip Morris International (PMI), has now produced a reduced risk tobacco product that allows for smokeless consumption. The innovation is set to increase international demand for the golden leaf.

This new product called Iqos, one of many that PMI have in the pipeline, will benefit Zimbabwe and other countries who are dependent on the industry to boost tobacco sales to shore their GDP numbers in a sustainable manner for the future.

Zimbabwe and other countries like Malawi, using tobacco as one of the main government revenue streams have been fretting about the declining international demand for tobacco leaf. Crop diversification projects have been slow to pick up as well as expensive to develop to the grand levels of tobacco that has grown over decades of dedicated investment and expertise.

The drop in the demand for tobacco has been due to increased lobbying by health organisations such as the World Health Organisation (Who), against smoking.

However, PMI early this month secured certification from the US Food and Drug Administration (FDA) to market its IQOS electrically-heated tobacco system, as a reduced risk tobacco product (RRTP) with reduced smoking health risks while still maintaining the pleasure of enjoying tobacco.

The IQOS is so far the only electronic nicotine product that has been granted marketing rights through the FDA’s MRTP process. According to PMI, IQOS is fundamentally different from combustible cigarettes due to its heat, not burn technology.
Lands and Agriculture deputy minister Douglas Karoro said the government welcomes any innovation that would promote the health of its consumers, while at the same time growing the local tobacco industry suffering negative perception from health organisations.

“Innovations are ever advancing. If it has benefits for the consumers, we will give it our full support. Of course, when innovations come we are always guided by science through our experts. There has been psychological warfare for many years, with health organisations preaching against smoking, obviously at the danger to our tobacco industry as they advocated for the ever-dropping incidence of cigarette smoking. However, the scientist at PMI discovered that it was actually the combustion, burning, of the tobacco leaves that caused harmful carcinogens and other toxic and unhealthy elements to be released in the smoke that entered the lungs and caused many non-communicable diseases (NCDs) such as heart disease, lung cancer and emphysema. However if you do not actually burn the dried tobacco leaf, you eradicate the harmful smoke.

“This innovation from PMI heats, but does not burn the tobacco leaves and only produces a very small amount of vapour, but no smoke. It is said to be 95% safer than smoking a cigarette. Innovations like this will increase demand for tobacco worldwide and obviously grow our agricultural industry in a sustainable way here in Zimbabwe. We will support our farmers to produce more and be able to meet increased demand.”

PMI brands include Marlboro, Virginia Slims, Benson & Hedges, Merit, Parliament, Alpine, Basic, Cambridge, Bucks, Dave’s, Chesterfield , Collector’s Choice, Commander, Lark, L&M, among other popular international brands.
According to the company, the scientifically substantiated smoke-free product IQOS has reduced harmful effects. The new product allows smokers who do not want to quit or are unable to kick the habit to enjoy tobacco while minimising risks to their health, a move that is set to increase the demand for the golden leaf.

WHO had forecasted five years ago that 10 million people would die from smoking each year by the end of this year, and 70% of them would be in poor countries. With its innovation, PMI believes IQOS could help reverse the projections.