The 48th Plenary Assembly Session of the SADC Parliamentary Forum has unanimously adopted a strongly-worded motion calling for urgent regional action to stop armed insurgents that are destabilising northern Mozambique.

The Plenary is the highest decision-making body of the SADC PF which brings together 15 national parliaments of the SADC region. It met virtually on Friday and Saturday with 14 of the Member Parliaments represented.

Speaker of Zimbabwe’s National Assembly, Advocate Jacob Mudenda, moved a scathing motion exhorting the Plenary to condemn “the terrorist attacks in the Republic of Mozambique which are threatening the country’s security and sovereignty and undermining efforts to consolidate the rule of law and democracy.”

He noted that the armed attacks had claimed the lives of unarmed civilians, displaced others and damaged property and public infrastructure in recent years.

Adv Mudenda added that the “barbaric attacks” had negatively impacted on the livelihoods of ordinary citizens, especially women, girls and children, many of whom were failing to access health and education services.

Adv Mudenda called for immediate collective action by SADC in line with the SADC Mutual Defence Pact, and by the African Union, to counter the terrorist attacks.

She noted that Mozambique was dealing with a humanitarian crisis due to the terrorist attacks and urgently needed SADC regional solidarity.

“I underline the need for us to stand in solidarity and to fight what is happening against democracy in Southern Africa and destabilising the peace in Mozambique,” she said.

Hon Diakite said the region could not stand idly by while people were being killed, displaced and rendered vulnerable to food shortages and other insecurities.

Noting that acts of terrorism were increasing all over the world, Hon Diakite said SADC MPs had a role to “safeguard peace and prevent these hideous crimes.”

She reminded the Plenary of Resolution 2395 of the Security Council of the United Nations on counterterrorism, and the UN General Assembly on International Co-operation and Information Sharing. The Speaker of the National Assembly of the Kingdom of Eswatini, Hon Petrus Mavimbela, said his country was gravely concerned by the “indiscriminate” terrorist attacks which also affected areas visited by foreigners and investors. He noted that the Islamic extremists had been attacking civilians since 2017 in several parts of Mozambique using explosives and other devices to attack buildings and vehicles while kidnapping other people.

“Europeans and everyone else are viewed as legitimate targets, including those engaged in tourism, humanitarian aid workers, journalists or business people,” the Eswatini Speaker said.

He said in one incident, the Jihadists beheaded scores of men who were participating in an initiation ceremony.

South African MP Honourable Darren Bergman said what was happening in the Mozambique was objectionable but not new.

“The bells were rung in 2014 for us for the first time. It’s a topic that I’m passionate about and I strongly support the motion put before us,” he said.

Hon Bergman suggested setting up of a task team to explore various response options to the phenomenon.

He said the region had people who could offer “great guidance” on responding to the terrorist attacks and held out the Speaker of the Parliament of South Africa, Honourable Thandi Modise — a respected former combatant — as an example of people the SADC Region could turn to for advice. 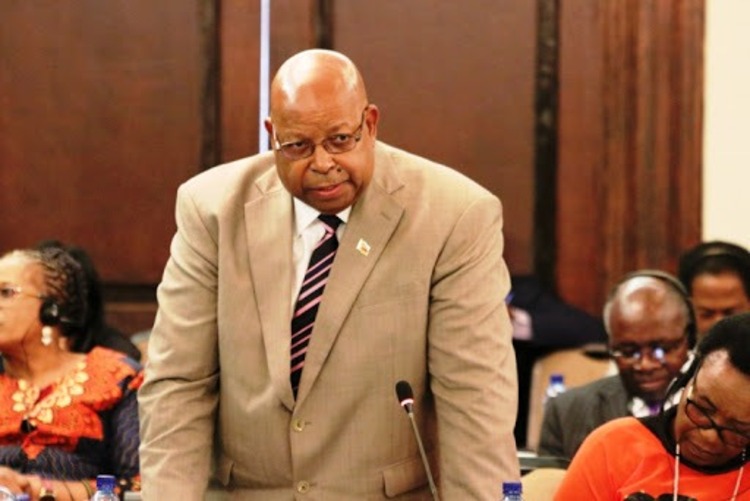 “This thing will end up in all SADC countries if we take our time or concentrate on Covid-19.

“It’s time we talk to our Ministers of Defence for them to hold a meeting and (share) strategies to combat this terrorism,” Hon Majaga said.

The Speaker of the National Assembly of Namibia, Professor Peter Katjavivi, also supported the motion and pledged Namibia’s full support to Mozambique.

Zimbabwean lawmaker Goodluck Kwaramba said Islamic extremists had “declared an unjust war” on the people of Mozambique and must be stopped.