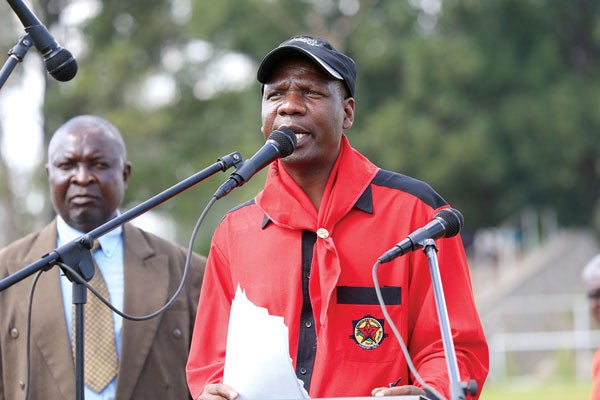 THE Zimbabwe Congress of Trade Unions (ZCTU) has warned that it is mobilising for mass action against the current economic crisis if government fails to provide solutions.

This comes as nurses at public hospitals have announced plans to go on strike in a fortnight if government does not offer them better salaries.

ZCTU secretary-general Japhet Moyo said the current economic situation was untenable as workers were at the receiving end of “failed governance”.

Moyo said the largest labour federation held a general council meeting on Thursday and resolved that unless a national tripartite forum was constituted as a matter of urgency to discuss the challenges bedevilling the country, mass action was inevitable.

“The ZCTU is in the process of consulting structures to get a mandate for mass action in the event that the above issues are not addressed,” he said in a statement issued after the meeting.

ZCTU said that it was demanding, among other issues, that workers be given back their US$ savings that were converted into bond notes by the Reserve Bank of Zimbabwe when it created the RTGS dollar early this year.

“The ZCTU notes with great concern that notwithstanding the reduction in fuel duty, placing fuel procurement on the interbank market will result in frequent price adjustments, given the rapid depreciation of the real time gross settlement dollar (ZWL$) on both the interbank and parallel markets,” the labour body said.

“The upward adjustments in fuel prices will have knock-on effects on the prices of basic goods and services, worsening the impact of the already depreciating exchange rate on the general level of prices.

Despite the availing of State-controlled buses that are not enough to meet demand, commuters transport fares are now between $2 and $5, and medical aid subscription has tripled, making life “unbearable for most Zimbabweans”, ZCTU said.

Zimbabwe is facing its worst economic crisis in a decade and the January protests called for by the ZCTU after government raised the price of fuel by 150% turned bloody, with 17 people killed by security forces while 200 were left nursing bullet wounds according to human rights groups.

Officials said 1 000 people were arrested during the protests.

The southern African country remains in the throes of a dollar crunch and government raised the price of fuel again this week by 47%, triggering another round of price increases punctuated by the fall of the local RTGS currency on both the official interbank market and the parallel market.

At the end of the day yesterday, the RTGS dollar traded at 4,8 to the greenback and at 7,5 on the parallel market.

“The working people of Zimbabwe have already suffered immensely as inflation rose sharply from 5,4% in September 2018 to 75,9% by April 2019. Wages have failed to keep pace with the inflationary trends,” the labour movement said.

“In addition, pension and other statutory contributions have been severely eroded, compromising applicable benefit payments. For example, with average minimum wages of ZWL$300, against a food poverty line (FPL) of ZWL$295 and a total consumption poverty line (TCPL) of ZWL$873 for a family of five in April 2019, it is evident that such wages are below survival levels, reducing most workers to the working poor. That is why the ZCTU has been demanding a minimum wage of US$600,” the statement read.

“The ZCTU demands that an urgent Tripartite Negotiation Forum be convened to discuss the State of the economy and the way forward. Contrary to the Constitution, this government has a tendency of announcing polices without consultations as required by section 13(2) of the Constitution. We reserve the right to approach the courts for redress.”

According to a statement from the Zimbabwe Nurses Association, the union has given a notice to strike after 14 days if government does not address their concerns.

The nurses want, among other issues, a review of their salaries, flexible working hours, a vehicle loan scheme and an improved working environment.

“Having failed to find a common position with the employer a deadlock has been declared. We are, therefore, issuing a notice of intent to embark on an industrial action in the next 14 days if our grievances are not addressed,” a statement from the nurses read.