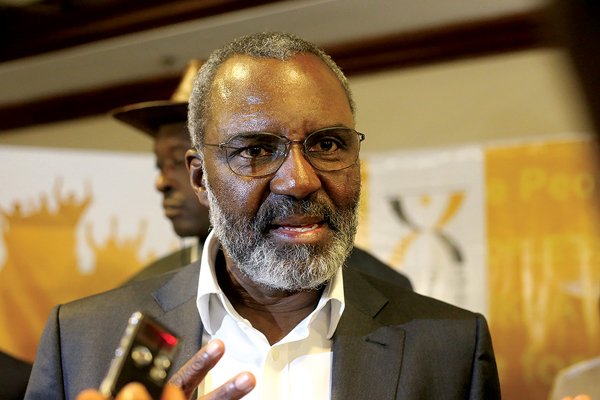 The Alliance for the People’s Agenda (APA), led by Nkosana Moyo- who contested for presidency with 22 other candidates in last year’s elections – has withdrawn from the President Emmerson Mnangagwa-initiated national talks, accusing the president of insincerity.

Moyo becomes the fourth principal to dump the talks after both the main opposition leader Nelson Chamisa, and the People’s Rainbow Coalition leader Joice Mujuru refused to join the dialogue, saying it was not inclusive.

In a statement on Twitter, APA condemned Mnangagwa’s statements at a rally in Masvingo, where the president admitted to deploying the army during the January protests, where 17 people were reportedly shot dead by state security agents.

‘We observed with dismay as he (President Mnangagwa) spoke in the most un-presidential manner. Amongst other things he bragged about having deployed the army that as we know killed people.

‘More worrisomely he openly threatened that anyone who, according to him, engaged in acts of disorderliness would have their life shortened.”

“We do not feel it is appropriate for the president, or anyone to threaten anyone else with death”

Moyo says the withdrawal comes after realising that their proposal of inclusivity has not been taken seriously.

‘APA proposed that national representation needed to include Commerce and Industry, The Churches, Labour and Civic Society Organisation. To date this proposal has been rejected,’ read the statement.