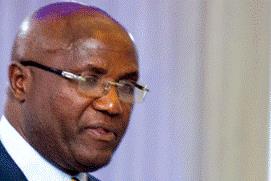 HARARE – Zimbabwe is spending more than $7 million per month to import
powdered milk and butter as raw milk producers continue failing to meet
demand, a dairy industry executive has said.

The southern African country, which is currently experiencing acute
foreign currency shortages due to a high annual import bill, used to
produce about 260 million litres of milk in the early 1990s, but the
figure has dropped to 70 million litres of raw milk produced last year
against a national demand of 120 million litters.

Dairibord Holdings chief executive Anthony Mandiwanza said the current
milk deficit is being augmented by powdered milk imported from
neighbouring South Africa. “When you have a deficit of 50 million litres
there ought to be an explanation,” he told parliamentarians during a
familiarisation tour of the company’s Harare operations.

“To us private players, the major development which explains how this gap
if being filled has to be the importation of powder and butter milk.  “As
a country, we are spending more than $7 million per month importing such,”
he said.

Milk processors in the country include Dairibord Zimbabwe Limited, Nestle
Zimbabwe, Dendairy, Alpha and Omega among other small players. The dairy
industry is currently operating at around 50 percent capacity with an
estimated 223 registered dairy operators and a total dairy herd of about
32 000 animals.

Mandiwanza said Zimbabwe has excess processing capacity but the supply
base of milk needs to be addressed. He added that it is important for
government to provide security of tenure to dairy farms as a way of
boosting milk production.

“Dairy farms designated for distribution under the land reform exercise
should revert to dairy production as infrastructure at the farms is still
relatively intact,” he said, adding that government interventions through
investment in extension services, research and infrastructure will also
help bolster milk production.

Meanwhile, Mandiwanza said Dairibord scaled down its Heifer programme
owing to the spiralling costs of importing heifers and had changed tact by
bringing in semen which is then artificially-inseminated. “The deepening
foreign currency had the potential to disrupt operations in the dairy
sector, erase the gains that have been made in the last decade.

“From 2009 to September last year the dairy industry was receiving
necessary allocations from the central and commercial banks hence the
increase in production we witnessed from 38 million litres in 2008 to the
current 70 million litres,” he said.

Mandiwanza also said the company has had to shut down some of its plants
nationally owing to insufficient milk production in the country. “We have
had to mothball our plant in Bulawayo because we are not producing enough
milk, the same applies for our plant in Gweru was shutdown, our plant in
Kadoma which used to make the best cheese in southern Africa is also moth
balled owing to the low milk volumes,” he said.

He added that the company’s Chipinge and Mutare plants are not operating
at full potential.`