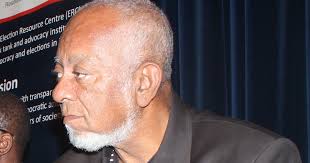 BY GARIKAI MAFIRAKUREVA
Mwenezi East MP Joosbi Omar (Zanu PF) has died. He died yesterday evening at Makurira Memorial Clinic in Masvingo where he was being treated for a diabetes related complication.

“I just received the details of his death right now. Finer details of what exactly happened will be given once the party gets more details,” Masosota told NewsDay.