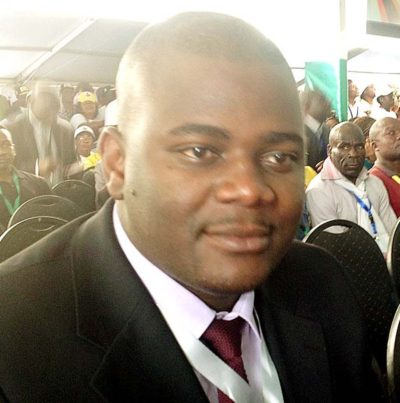 President Emmerson Mnangagwa is a worse violator of media freedom than his predecessor, Robert Mugabe, Mduduzi Mathuthu, the editor of ZimLive who is currently in hiding, has said.

Mathuthu was speaking during a virtual meeting to commemorate the death of Carlos Cardoso, a Mozambican journalist, who was shot dead in central Maputo in 2000 as he investigated a
US$14 million fraud.

Nyimpine, the son of Joachim Chissano, the former Mozambican president, was named by a witness in 2002 as having funded Cardoso’s murder.

As one of the panellists at the Carlos Cardoso Memorial Lecture — a prominent feature at the ongoing African Investigative Journalism Conference 2020 organised by South Africa’s Wits University that reflects on the experiences of persecuted journalists — Mathuthu said: “Statistics are shocking under Mnangagwa.

Mathuthu went into hiding after Mnangagwa’s security forces raided his Bulawayo home in August, accusing him of involvement in a plot to topple the current administration, which took over power from the now late Mugabe through a coup in late 2017.

ZimLive, an online investigative outfit, had exposed Covid-19-related corruption that sucked in the first family.

Servicemen abducted and tortured Mathuthu’s nephew, Tawanda Muchehiwa, when they could not locate the ZimLive editor, and the young journalism student resurfaced only after the courts intervened.

“They wanted to know who funds ZimLive. My nephew was abducted and tortured for three days.

“He described to me the nature of the interrogations.

“They wanted to know my contacts in government, my sources and my friends in the media.

“They said I might have a handler at the British or American embassies. They came for me for exposing corruption that went straight to President Mnangagwa’s doorstep,” Mathuthu said at the live event that was broadcast worldwide.

Another Zimbabwean journalist, who also exposed Covid-19-related corruption, Hopewell Chin’ono,was arrested and only granted bail after spending more than 40 days in a Harare maximum security prison, appearing in court in leg irons.

The fourth panellist, Tanzanian Ansbert Ngurumo, speaking from Sweden where he is in exile, accused African governments of criminalising journalism so as to protect their power.

He fled Tanzania in 2017 after producing a series of articles critical of President John Magufuli and his government, which was being accused of masterminding assassinations and disappearances of its critics, among them journalists.

“Magufuli’s rule has been to instill fear in the people, including journalists.

“Media houses have been closed and punished for stepping on government’s toes. Many have quit the profession as a result,” he said.

Zimbabwe was chosen together with Cameroon, Uganda and Botswana to coordinate the physical meetings of investigative journalists to participate virtually at the opening ceremony of AIJC2020 on October 6 and the memorial lecture last Thursday.

Speaking at the virtual conference, the IDT national coordinator, Tawanda Majoni, said the persecution of Mathuthu reflected the government’s systematic onslaught on media freedom in Zimbabwe.

“Attacks on Mathuthu are just a microcosm.

“We have of late seen a surge in the persecution of journalists and human rights defenders, and that is as scary as it is disappointing,” Majoni told the global audience participating at the virtual memorial lecture as he reflected on the state of investigative journalism in Zimbabwe.