Britain’s minister for Africa calls for more sanctions against Zimbabwe

Britain’s minister for Africa Harriett Baldwin says her country supports an extension of EU sanctions against Zimbabwe and will not back its plan to return to the Commonwealth.

The frosty relationship between Zimbabwe and its former colonial master had begun to thaw following the removal of former president Robert Mugabe after more than three decades in power. But the recent military crackdown on civilians that claimed more than 12 lives has the two countries at loggerheads again. 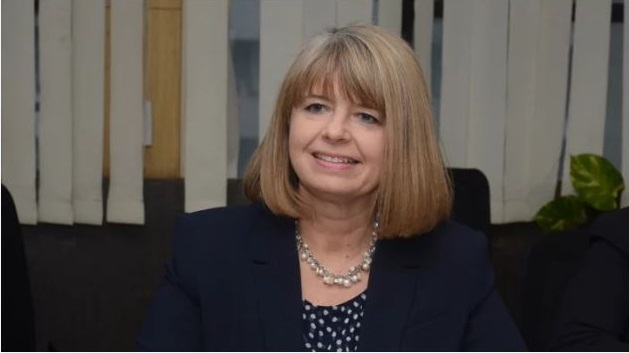 The crackdown crushed widespread protests over a fuel price hike.

Baldwin visited Harare in 2018 and met President Emmerson  Mnangagwa amid signs of détente following two decades of strained relations arising from Mugabe’s hostility towards Britain and farm seizures that ruined the country’s economy.

Britain’s stance is a blow to Mnangagwa, who had hoped a return to the Commonwealth would end Zimbabwe’s long international isolation.

On Tuesday Baldwin told the International Development Committee meeting in London to assess the recent crackdown in Zimbabwe  that the UK would support wider sanctions against Mnangagwa’s government.

The EU is due to meet this month to review the sanctions.

“Specifically with regard to sanctions … I think that since the recent developments there might be a case for widening it to include further individuals,” Baldwin said.

“We have been aware that the president has said that heads will roll. We haven’t seen any specific heads rolling,” she said.

On a financial bailout, Baldwin said: “We are a long way from that and we have gone further away as a result of use of violence by the security forces.”

During her visit last year Baldwin had said the UK would support Harare’s return to the Commonwealth.  Mugabe withdrew Zimbabwe in 2003.

“As of today, the UK would not be able to support this application because we don’t believe that the kinds of human rights violations that we are seeing from security forces in Zimbabwe are the kind of behaviour that you would expect to see from a Commonwealth country,” she told the committee.

“I was in South Africa last week so I was able to discuss the situation in Zimbabwe with the South African government then I went to Mozambique and also [held talks] with the foreign minister.

“The value of that is that they are both Commonwealth members and as neighbours they take an interest and have good links with the government,” she said.

“We think that South Africa in particular, which has just taken its seat in the UN Security Council, can play a leading role in terms of engaging with the government on how it can ensure that the army basically gets back to the barracks and that the courts and the constitutional organisations in Zimbabwe take it forward in terms of justice and rule of law against these violations.”