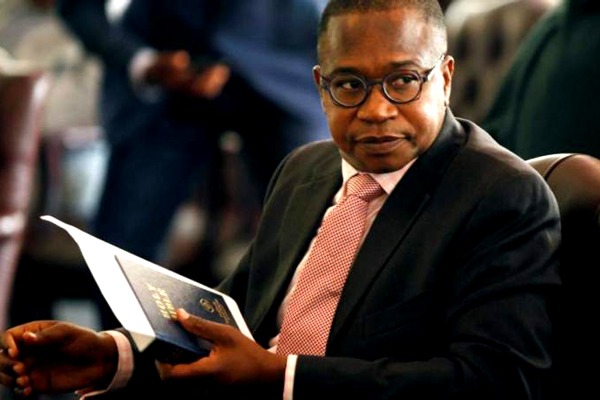 The Bill, if enacted, seeks to improve the management of public funds.

Residents also called on government to desist from taking over debts accumulated by farmers and miners, which they said were severely bleeding the economy.

Delight Muchazondida said borrowing money which is above the stipulated limit created a burden on taxpayers.

“The Bill must be in line with international standards in public finance management. There must be a clause to say that government cannot borrow money that is above 25% of GDP,” he said.

“The problem is that we are borrowing a lot of money that we cannot repay, and at the end of the day we make sure that the burden is transferred to the citizens who are the taxpayers.”

Women’s Coalition of Zimbabwe chairperson Nobuhle Nyoni said: “Why should government assume all debts? We (citizens) borrow money from banks, and can those debts be assumed by government? So, government cannot assume debts contracted by individual farmers’ and miners because they benefit the elite not the country.”

Nyoni said the economy was in a mess because government was inheriting individual’s debts.

“Farmers are in business, they must invest. They harvest and sell their goods to the Grain Marketing Board (GMB) and they should return the money,” she said.

Elliot Kupfuma proposed that Parliament’s role should be strengthened to ensure that it can play oversight on government borrowing to avoid the country becoming highly-indebted.

“The essence of the Bill is strengthening public finance management in the country and section 327 of the Constitution should not be repealed as suggested by Constitutional Amendment No 2 Bill. Parliament must be given the power to oversee all public finances,” Kupfuma said.

The Zimbabwe Coalition on Debt and Development (Zimcodd) said Finance minister Mthuli Ncube should facilitate tabling of the 2019 audit reports before Parliament as they were pivotal in promoting transparency and accountability in government’s public finance management systems.

“Currently, Zimbabwe’s analysis of the country’s public finance management is still based on the 2018 audit report and now citizens are eager to know about what transpired in 2019 in as far as the management of public funds is concerned,” Zimcodd
said.