Millionaire businessman Frank Buyanga has been placed on Interpol’s Red Notice at the request of Zimbabwean police, freshly-leaked documents show. 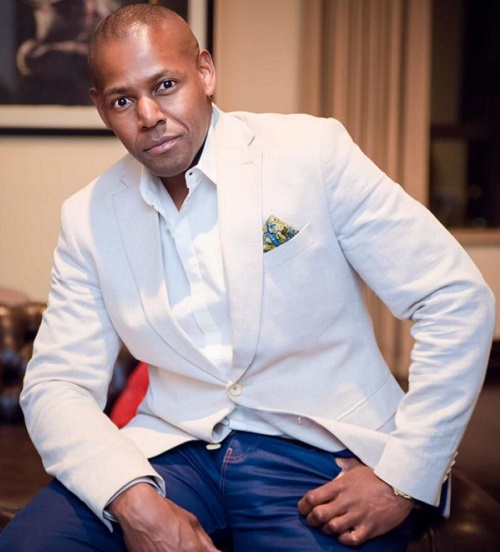 The 41-year-old gold coins trader – who has squared off with President Emmerson Mnangagwa and his family – is accused of abducting his six-year-old son in March last year before skipping the country.

ZimLive has seen a 21-page file of police documents showing frenetic communications between police investigators, their bosses, Interpol and even the foreign ministry as authorities seek his extradition from South Africa.

Contained in the documents is a June 2020 letter from Interpol which confirms that Buyanga was placed on Interpol’s Red Notice following a written request from Zimbabwean police sent on May 4, 2020. The letter to the officer commanding Law and Order in Harare was signed by an Assistant Commissioner S.G. Ndou, the deputy director of Interpol Harare.

An Interpol Red Notice is a request to law enforcement worldwide to locate and apprehend a person of interest. Typically, this happens when the suspect presents at an airport of a participating country.

Buyanga’s listing had until now been unknown outside the small circle of investigators and prosecutors because Interpol did not publish his name on its website – a deliberate tactic to avoid spooking a target who is less likely to travel if they become aware of a Red Notice against their name.

Last weekend, a US$3 million Bugatti Chiron owned by Buyanga was seen being driven on the streets of Cape Town, tailed by two top-of-the-range BMWs. It was not clear if he was in any of the vehicles, as videos and pictures posted on Twitter did not show the drivers.

It was speculated last week that Buyanga, who was claimed in court papers that his companies conduct business worth 2 percent of South Africa’s GDP every year, had fallen on hard times after he put up one of his houses in Hyde Park, Johannesburg, up for sale for R18 million (US$1.2 million).

Buyanga has a long-running custody battle for their son with his ex-girlfriend Chantelle Muteswa, which has been to every court in Zimbabwe.

Last year, the British-born tycoon showed reporters an entry in a visitors’ book at State House, which he claimed showed that Muteswa went to meet Auxillia Mnangagwa, the president’s wife.

Buyanga subsequently accused Muteswa of being in a romantic affair with the first family’s twin son, Collins. This was followed by further allegations – denied by the Mnangagwas – that they were interfering with law enforcement and judges to frustrate his efforts to gain custody of his son.

The drama took a shock turn on March 26 last year when the couple’s son, who was a passenger in a Honda Fit parked outside a supermarket in Harare, was grabbed movie-style and driven away at high speed.

Muteswa filed a police complaint, accusing Buyanga of being behind the abduction. Hours later, Buyanga wrote to police stating that he had, days earlier, filed his own complaint that his son had been abducted from a school by Muteswa, and no action had been taken.

He wrote in his letter to Highlands police: “I filed a police report for contempt of court with you on March 11, 2020, after the mother of my son, Chantelle Muteswa, failed to comply with a court order which states that my access was extended to allow me to give accommodation to the minor child and sped off with the child.

“I hereby write this letter to notify you that I have recovered my son at Parktown shops in Harare.”

The police documents obtained by ZimLive show that if Buyanga is successfully extradited, he will face three charges of kidnapping, robbery and contempt of court.

The robbery charge relates to a claim by Muteswa that she lost a handbag containing US$2,000 when Buyanga allegedly snatched their son. The contempt of court charge, police say, relates to an April 17, 2020, ruling of the High Court ordering Buyanga to return the child to Muteswa, which he has failed to comply with.

Buyanga’s lawyers have written to Interpol insisting that the Zimbabwean authorities’ pursuit of him is driven by Mnangagwa and his family, and he would not get justice if extradited.

Buyanga also faces legal troubles in South Africa after the South African Revenue Service (SARS) seized gold coins weighing over 565kg, personal jewellery, watches and other property during a raid at the Hyde Park home of his girlfriend, which he has now put up for sale.

The Kruger coins are worth over R600 million (US$40 million), Buyanga said in a Pretoria High Court filing where he is demanding their return.

That matter is pending.