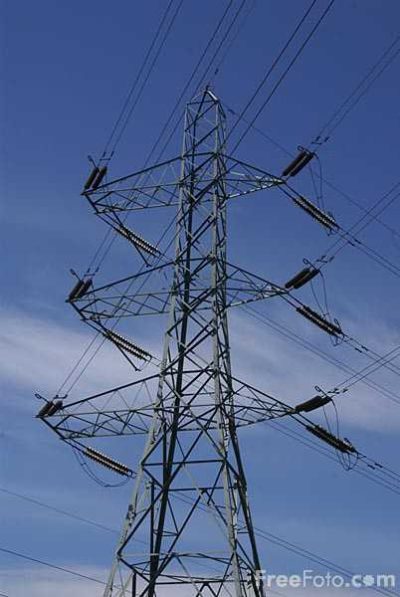 “Zimbabwe is open for business” was the phrase of choice following the coup d’état of 2018 that led President Mnangagwa to power. There was anti-corruption rhetoric, hopes for transparent governance that would lead to economic recovery in Zimbabwe. Zimbabwe’s recent history begins with colonialism, an excitement in the post-independence era, some economic success and then what commentators have described as an “unravelling of a nation” and the rise of military control. This new government though, signalled a willingness to change and adopt measures to promote transparency and accountability.

Zimbabwe has enormous potential for electricity generation from a range of renewable sources such as hydro, solar and biomass. However, at present only a fraction of the energy potential in these areas has been exploited. We are going to explore Zimbabwe’s power needs, potential and the regulatory environment to demonstrate that the phrase “Zimbabwe is open for business” does not need to be mere political rhetoric but that in the power sector – there are vast opportunities for investment and that the time to exploit them is now.

What are Zimbabwe’s power needs?

Currently, there are consistent power shortages in Zimbabwe, it was measured in February 2016 that the Utility (ZESA) produces 845 MW while the projected national demand is 2,200 MW and the installed capacity was approximately 1,940 MW. There are two major sources of power in the country, being Kariba hydropower plant and the Hwange thermal power station. The former’s ability to produce significant output is hampered by low water levels and the latter suffers from constant breakdowns from a lack of investment in the infrastructure. The country, therefore, imports power from South Africa, Mozambique, and the DRC. Such imports are understood to cost the country at least $19.5 million every month to import 150 MW and 400 MW from Mozambique and South Africa, respectively. Zimbabwe’s population is also growing rapidly (from 7.4 million in 1980 to approximately 14.6 million in 2019), there is therefore an increased demand for energy but there has been no corresponding growth in energy generation.

Zimbabwe is , therefore, in what commentators have described as an “electricity crisis” manifesting in up to 18 hours a day of load shedding.

Zimbabwe has enormous renewable energy potential. In terms of solar energy potential 16 to 20 MJ/m2/day is unexploited. According to reports, the country has potential for 1,000 MW from biomass in the form of bagasse, agricultural and municipal waste, forest residue and others. There is also geothermal potential and wind potential, that while this is not significant, it can be used for other processes such as water pumping. The current energy mix is unsustainable, with hydropower at 70% and coal power at 29%, according to the Zimbabwe Energy Regulatory Authority. However, there still remains potential of an estimated 120 MW of small hydropower potential untapped. In addition, the country recently discovered reserves of natural gas, which is less polluting than coal, but no sustained efforts have been made yet to exploit these other energies.

Does the regulatory environment allow for renewable energy generation?

It therefore follows that the “crisis” in Zimbabwe could be bettered if the country moved away from traditional unsustainable forms of producing energy and turned to renewable energy sources like solar, wind and smaller scale hydropower plants – but does the regulatory environment allow for this?

A discussion around the policies and acts that govern the renewable energy sector is beyond the scope of this post, however, we note that currently, the basic regulatory framework allows for the accountability and transparency that could foster an electricity generation strategy centred upon renewable energies. In fact, the Constitution of Zimbabwe is founded on the principles of constitutional accountability – should such principles be put into practice, the landscape and the story of Zimbabwe would be completely different from that which we see today.

Since the basic governmental framework required for Zimbabwe to succeed in this sphere is in place, this begs the question regarding what is missing – the answer is simply that the legal frameworks for the energy sector in Zimbabwe are focused on a centralised energy system run by a public utility that does not provide adequate incentives for private sector participation. Simply put, there are no fundamental technical obstacles that are or could prevent universal energy access but there is a lack of effective institutions, good business models, transparent governance that utilises the principles of the constitution – all worsened by the unpredictable financial system that prevents long-term financial planning.

The story does not, however, end there – the political calls for a Zimbabwe that are open to business could manifest in economic reforms that demonstrate a commitment to attracting and protecting investments into the country. The Transitional Stabilisation Plan produced in 2018 and designed to run to December 2020, provided for ambitious short-term activities in the energy industry to ensure that energy was the driver of the economy. The plan envisaged the pursuit of investment that maximises the domestic generation capacity at the lowest social, environmental and economic cost from all sources, including upgrades to infrastructure.

More recently, this month, the government proposed a new National Renewable Energy Policy which is aimed at fostering the production and use of renewable sources in the grid and off-grid. It aims to raise the share of renewables in the energy mix by creating incentives from supply, to distribution and demand, in urban and rural settings. Although the current version is not available, there were a number of incentives and targets set out in the 2019 draft, which we assume will be implemented.

So, what does the future hold for renewable energy use in Zimbabwe?

We have identified that the huge overarching issue is one of a lack of investment and incentivisation of private investment in renewable energies in Zimbabwe. The National Renewable Energy Policy (as seen in the draft issued in 2019) aims to improve just that:

The policy is centred around the utilisation of local communities, returns of investment to them and the development of the same.

Perhaps the most exciting sentiment rooted in the proposed National Renewable Energy Policy is that it will require the mobilisation of several stakeholders and the need for their collaboration – which, if successful, will transform governance in Zimbabwe with the renewal of trust and the shoring up of the statement that “Zimbabwe is open for business” and, might we add that the time to think about investing in Zimbabwe’s future is now.

Newer Post
Reparations in Reverse: How Zimbabwe Is Giving Land Back to the Families of White Colonizers
Older Post
Buyanga placed on Interpol Red Notice as Zimbabwe steps up extradition