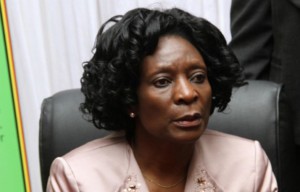 AT least 44 percent of potential voters have been registered under the on-going biometric voter registration (BVR) system being conducted by the Zimbabwe Electoral Commission (ZEC) in preparation for next year’s elections.

As of beginning of this week, some 3,1 million people, an average of 43,6 percent of potential voters had been registered, more than 400 000 of them having been registered in the last week alone.

Statistics released by the electoral body showed that in the second week into the third of the four-phase registration process, a total of 3 152 694 citizens out of a national potential of 7 224 129 voters had registered amid indications that the process that had slowed down due to uncertainty caused by the change of government was picking up again.

ZEC indicated that the provincial figures do not necessarily reflect the number of registered voters specific to a particular province since voters can register anywhere in the country, although actual voting would be done at a particular ward.

The figures showed that nearly

60 000 people have been turned away from the BVR processes for various reasons, among them being unqualified to vote by virtue of being aliens, lack of proof of residence and having no valid identification documents.

In his inaugural speech last week, President Emmerson Mnangagwa who replaced Robert Mugabe as the leader of the country ― revealed that elections would be held next year as scheduled, bringing to an end speculation that suggested that the elections would be postponed in favour of a coalition government similar to the one the country had between 2009 and 2013.