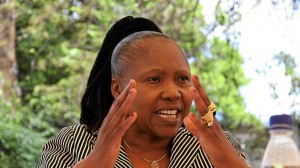 IN the wake of last Friday’s swearing in of Emmerson Mnangagwa as the new President of Zimbabwe, legislators expect the new era to usher in major policy changes.
Several Members of Parliament, who spoke to The Financial Gazette on the sidelines of Mnangawa’s inauguration ceremony at the National Sports Stadium last Friday, said he should decisively deal with several issues such as corruption, poor investment climate, comatose economy and unifying a deeply divided ruling party.

“As a country, we have lot of resources, but the majority of our people remain poor because the former president (Robert Mugabe) allowed people in what used to be a cabal called generation 40 (G40) to loot resources. We need to say no to corruption,” Muchinguri-Kashiri said.

According to a recent Transparency International report, Zimbabwe is losing nearly $1 billion annually to corruption with police and government officials among the biggest offenders.

“We should have no time to fight. Instead, we should now direct all our energy to develop our country.
“We need to create jobs, fix our roads and our hospitals. We want our people in the Diaspora to come and invest heavily back home. It’s their time. It’s critical to tackle our challenges together,” Muchinguri- Kashiri added.

Lawyer Jonathan Samukange indicated that fixing the economy should be a matter of urgency.
Samukange, who is an independent legislator for Mudzi South had no kind words for the Zimbabwe Republic Police, which he called the most corrupt institution in the country. “We don’t need police officers on our roads anymore unless they are attending to accidents… What do we need police officers in the streets for? We are not a nation of criminals…We have now tasted what independence is like (after Mugabe was removed from power). We don’t want unnecessary restrictions to our freedom. We must rebuild the nation. ”

Gokwe-Sengwa constituency MP, Paul Mavhima (ZANU-PF) said: “The new leader has to set behaviour that becomes an example to everyone. I think that is important. He has to set a new direction that is to take Zimbabweans from poverty to wealth. If he talks of zero tolerance to corruption, he should act on it. He needs to start stabilising the economy as a matter of urgency,” Mavhima said.

“There is need to focus on sectors such as agriculture, mining and manufacturing to drive the economy and create jobs. Another thing is to start building on institutions to restore rule of law. He should deal with land barons, those who continue to invade land and mines. It’s important that we restore order in the country.”

Another legislator and former minister of State for Liaising on Psychomotor Activities in Education, Josiah Hungwe (ZANU-PF) said: “The future is brighter because we were going through trying times. We have nothing to fear now. There is a lot of enthusiasms and hope because the man at the helm (Mnangagwa) is a tested character. He is the man we can count on. We are quite confident that he will do well.”

“He has already tasted success in the command agriculture that he was leading.”
Independent legislator for Norton, Temba Mliswa told The Financial Gazette the biggest problem facing Zimbabwe was undoing the many things that former President Mugabe allowed to go out of hand.
“The new President needs to instil fiscal discipline, rule of law, zero tolerance to corruption and needs to surround himself with a credible team. It’s key,” said Mliswa.