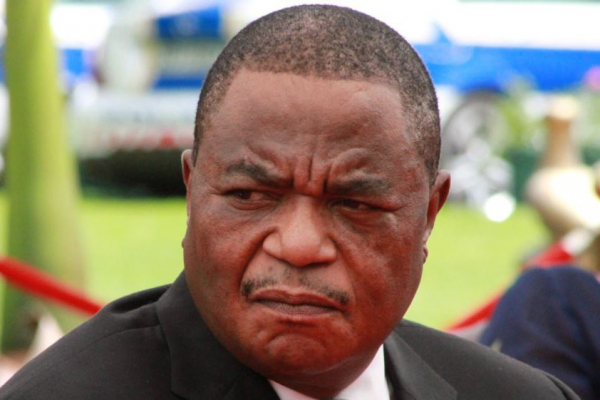 THE Bulawayo City Council has rapped Vice-President Constantino Chiwenga for urging residents to boycott paying rates at a time government departments and parastatals were owing a combined $7 million in unpaid bills to the local authority.

Chiwenga last weekend told Zanu PF supporters in Harare to stop paying council rates until service delivery improves.
Bulawayo’s latest full council report shows that government ministries owed the local authority $7 378 046 at the end of May, with the Home Affairs ministry being the biggest debtor at $4 094 213.

“I find the comments made by the highest office in our land as shocking and unbelievable. The Vice-President, must be reminded that councils depend on money paid by residents to deliver services and encouraging residents to desist from paying their dues is in distaste.

“I know he was politicking, trying to discredit local authorities, but we have tried to provide the best services given the huge amounts of money that the government owes us.

“Zinara also owes us a lot of money ($400 000), in fact it owes all local councils. In the last full council meeting, I had requested management to follow up on Zinara and requested a report that will tell the nation the number of cars that are registered in Bulawayo, how much each car pays and how much we are supposed to get and how they will pay us the money they owe,” Chigora said.

This came as Fourwinds residents have threatened to boycott rates payments over police and council’s failure to rein in commuter omnibus operators and a bar operator who were posing a serious environmental health threat and disturbing their peace.

Residents this week complained that commuter omnibus operators have created an illegal terminus at Fourwinds and were touting for passengers, breaking council pipes to wash their vehicles, urinating outside homes since there were no public toilets at the spot and dumping garbage on their properties.

Fourwinds Neighborhood Association secretary, Mkhululi Moyo said residents have been engaging council and the police over the issue for two years without any progress.

“Numerous police reports have been filed, as well as fines issued for operating after hours, nothing has changed.

Another resident Charles Nyathi of number 156 Matopos road has relocated to his rural home because of the situation. The value of our properties has dropped, it is now difficult to sell our property to estate agents at a reasonable price due to this situation,” Moyo said.

Moyo said they will soon organise a meeting to mobilise residents to stop paying rates to BCC, indicating it was the only weapon at their disposal that could get council’s attention. He said they will channel their rates to their lawyer whom they had engaged to help them solve the situation.

A Fourwinds resident said: “Drivers demonstrate aggressive behaviour, one pulled a knife on a resident who approached them. Blue Turkey sports bar owned by Wheels is operating after hours, disturbing residents and attracting large crowds. We have met on several occasions with the mayor who admits there is illegal activity happening within council areas.”

Mayor Martin Moyo said the town planning department was aware of the situation and was doing something about it.